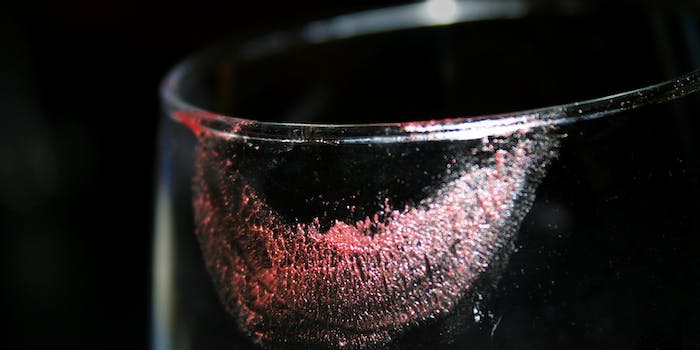 Why Ashley Madison is cheating on its users with Big Data

It turns out having an affair online isn't so discreet after all.

So you want a little something on the side. The premier destination for that is Ashley Madison, which has been providing a feeding ground for old married men seeking young extramarital partners since 2001. (The site is close-fisted with its statistics, and claims that women are more represented among the under 35 set, but that’s hard to verify.) “Life is short,” the home page proclaims to visitors. “Have an affair.”

The image that greets you is a woman with her finger to her lips in a classic “shhh” gesture, face framed so you can’t see her eyes, becoming nothing more than a floating, disembodied picture of youth and conventional beauty.

This is what you could have, the image suggests, by signing up for the “100 percent discreet service,” which, as it turns out, is not so discreet.

Like pretty much every other website on Earth, Ashley Madison spies on its users and crunches the data in a variety of ways to increase the bottom line. It also experiments with and manipulates users on its site with the goal of achieving maximum user response—dating websites routinely, for example, control which profiles are shown to whom on the basis of user ratings so that “hot” people don’t encounter those who are “not.” Like OKCupid did recently, the site also just released some oh-so-scientific results on users and their practices at Ashley Madison.

The site’s “Chief Science Officer” took a look at the interactions of 100 women on the site, looking over 4,000 messages. In a rather self-serving conclusion, he determined that: “It is very clear that our model of having sex and love with just one other person for life has failed—and it has failed massively.”

Hardly a shocking commentary from someone who wants to keep his job at a site predicated on arranging extramarital affairs. There’s plenty of obvious commentary about the methodology and conclusions of this “study” and the numerous problems with them, but what’s more interesting is what this latest scandal about compromises to user privacy reveals about the future of anonymity on the Internet.

Another breaking news item this week involved the theft of 4.5 million hospital records through a security breach—which, upon first glance, may not seem related. In fact, though, it’s closely tied: Because we are living in the “world of the future” once imagined where everything we do is tracked, codified, analyzed, and accessible to those with the right tools or enough cash. While we might not be microchipped yet, it almost seems inevitable, making it hard to imagine a world in which we can even be anonymous anywhere, let alone on the Internet.

There’s a huge value to being able to be anonymous online, beyond the intrinsic human right of having a reasonable expectation to privacy and the ability to move freely in social spaces without being forcibly identified. Anonymity allows us to share information, to join communities we don’t necessarily want to be publicly associated with (such as extramarital dating websites or support sites for transgender youth), and to set our own terms for social interactions online.

Many of us have come to assume and expect a certain degree of anonymity, despite repeated evidence that true anonymity online is largely a myth. Even for those using tools like TOR, it’s extremely challenging to achieve anonymity, and there are always potential security risks. This is a world where it’s not possible to be totally invisible online, and we may have reached the tipping point that makes it impossible to return to an era when it was—if it ever was.

With each year, the Internet becomes less private, even if users aren’t aware of it, and news releases like this one remind us not just that the individual websites we trust don’t mind exploiting us, but that such “experiments” and uses of our data are ongoing all the time. Smart users concerned about their anonymity shouldn’t be wondering if their data is being used, but when—and if—the sites they trust will come out about it, because that’s the more pressing question.

True anonymity is dead online, as the digitization of information inevitably creates its own trail, and security is only as trustworthy as the mechanisms in its chain, including the people. What many users don’t understand is that user privacy actually isn’t even a priority, even for sites promising just that, because their focus is on generating more profits. Ashley Madison and services like it aren’t pro bono charity sites offering a chance for mutually interested people to find partners. They’re paid services, and they want as much money as possible from their users. The best way to ensure higher profits is to constantly analyze, and exploit, user data.

Much-vaunted discretion and privacy act as assurances for users who wouldn’t otherwise sign up for the service, but they’re hardly trustworthy promises. Yet, users find themselves seduced into believing the hype, because the alternative is too terrifying. They want a service, and they want to be able to use it, so they ignore the obvious questions they should be asking themselves about the security and safety of their data, including personally identifying information.

When we ask if there’s a future for anonymity online, we might be better served by asking ourselves if there was ever truly a past. Even those who bother to read terms and conditions before signing up for services online may have noticed that an intentional vagueness around privacy rights for users, a deliberate obscuring of the details in order to provide as much latitude as possible, was always an issue. And how many of us can say how many user accounts we’ve created across the Internet, to view newspapers or share our taste in music or let our friends see where we’re eating?

And how many of us closely track (or know how to track) the privacy behaviors of the sites we use? Facebook, for example, was recently publicly shamed with the revelation that it tracks users across the Internet on any site that contains Facebook widgets and tools—even when they’re logged out. Facebook is far from the only service using cleverly-crafted cookies to do this, even if they’re the only one who’ve been caught with their hands, so to speak, in the cookie jar.

An entire Internet economy is built up around not being private, and while many services ostensibly allow users to participate anonymously or pseudonymously, that doesn’t serve their end goals, which is why they have plenty of tools for tracking and identifying users. (And why Facebook and Google+ were embroiled so bitterly in “real name” wars with their users.) What users seem to have trouble grasping is that they are the product, not the customers, and that as such, their needs and rights are of low priority.

Remember, the Internet is a market, like any other. Sure, you pack the peaches in protective cartons to prevent bruising, but you’re still ultimately getting them to market and selling them: That’s the point of growing peaches, no matter what the peaches might think as they grow ripe and juicy on the branches of the trees. The same holds true for engagement online, and online anonymity is only as secure as the skin of a peach. It might look beautiful, fragrant, and tempting, but you can tear it open with a fingernail.