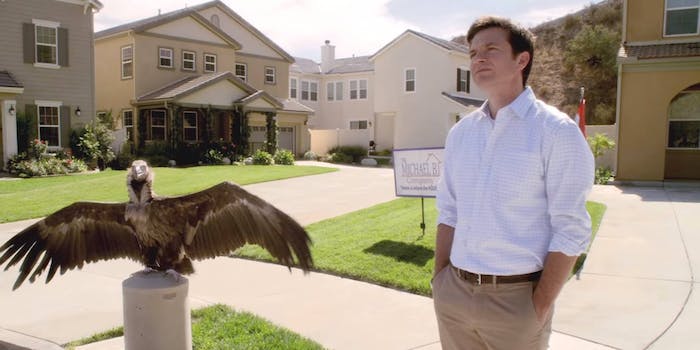 The only guarantee in life is death; unless, of course, you’re a beloved TV show. It used to be that TV series reached immortality through syndication, DVD box sets, and Internet streaming archives. But lately, the Internet’s gone a little off the rails with its televisual necromancing, not only communicating with the dead through their streaming states, but also playing God and reanimating some corpses without considering whether or not that’s what their spirit even wants. More often than not, these shows don’t have much, if any, unfinished business.

I get that TV shows aren’t people: They can be brought back from the dead. But if greedy studio execs learned anything from Pet Sematary, they’d know that, sometimes, death is better.

The executive producer of Arrested Development teased the idea of a new season in a just-released interview recorded at South by Southwest with Grantland’s Bill Simmons. In the interview, Grazer said, “[Arrested Development] was never a huge thing. But people are loyal to it. We’re going to do another seventeen episodes.” However, a loyal fan does not a good show make. And if anyone remembers what happened last time the Bluths came back, they’d agree that it’s time to put Arrested Development out of its misery.

Naturally, some nostalgic fans were very excited for AD’s return:

If these rumours of arrested development coming back for another 17 episodes are true, I'm going to be very excited

This made my day! Arrested Development is coming back with 17 new episodes! http://t.co/KFyBmk1FVJ

And some were critical after the show’s tepid 2013 revival:

Arrested Development earned mixed, but mostly lukewarm reviews when it returned, and I can’t imagine any potential return will be any better. The show felt like a shell of its former self. The method that the show’s writers chose to adapt the series to Netflix’s format, which releases an entire series at once, didn’t work to the benefit of the Bluth’s story. The production also suffered from the actors’ busy schedules, as they were unable to get every principal into the same room at once. Arrested Development’s strength always lied in the rhythms of the ensemble.

Arrested Development is fresh in people’s minds, though, so I can understand the excitement. Announcements that Full House and Coach may be back, however, are egregious attempts to prey on the nostalgic—moreso the former rather than the latter; however. X-Files and Twin Peaks are coming back to hungry cult audiences ready for more, while a new sketch show by Mr. Show’s Bob Odenkirk and David Cross is also in the works.

Twin Peaks’ return is tainted by the fact that creator David Lynch recently quit because “not enough money was offered to do the script the way [he] felt it needed to be done,” yet Showtime still plans to carry on without him. Lynch is arguably the essence of the show, and even the stars of the series are pleading for him to return.

It’s perfectly healthy to say your goodbyes to a TV show. Sometimes there’s something so beautifully tragic about the cancellation or conclusion of a show, no matter how unjust the audience may feel the decision is.

Mad Men, which is one of the of finest examples of prestige TV, kicked off its final seven episodes this week, and I certainly hope Matthew Weiner took a lesson from Sopranos creator David Chase on how to go out with(out?) a bang.

It’s better to end a good show on a high note than to watch it sink in quality as it overstays its welcome. We’ve made our peace with losing Freaks and Geeks. Since then, Judd Apatow and Paul Feig have built a comedy empire in Hollywood, and reviving that show 15 years later wouldn’t be good for anyone.

Terriers’ first season ended on an ambiguous note that would have made Christopher Nolan proud. But cancelling the unsung Donal Logue series made way for a more engaging show like The Americans, which is now in its third season. And now Logue is bustin’ heads as Jim Gordon’s partner, Bullock, in FOX’s Gotham. Everyone’s in a better place.

I’m still broken up about HBO’s cancellation of Enlightened, yet the two seasons we got were such perfect art, I’d hate to risk tarnishing the beauty of Mike White’s creation.

Then there are the shows that know when to quit.

In December, funnyman Nick Kroll revealed the third season of his Comedy Central sketch show, which premiered in January will be its last. In an interview with Vulture, he explained:

[As] we started to get towards the end of the season, it just became clear that we wrapped up a lot of the stories and characters that we had created and felt like we had brought a number of them to their natural conclusion. So, as opposed to stringing out more seasons, we wanted to feel like we were going out with the best work that we’ve done. As I’m sure you’ve watched a lot of shows you’ve loved continue to make shows because they could and the quality began to dwindle.

I’d rather see Nick Kroll move on to pursue bigger, better avenues of creation that keep his talent fresh rather than seeing what Bobby Bottleservice, C-Czar, Liz, and Liz are up to in five more years. (I would, however, make a selfish exception for “Too Much Tuna.”)

No, television shows are not people, but just because they can rise from the dead doesn’t mean they should. Let’s put the Bluth family back in their grave. Rather than force them to limp lifelessly through our lives, into your houses, we should let them rest in peace. It’s what I would want for myself.