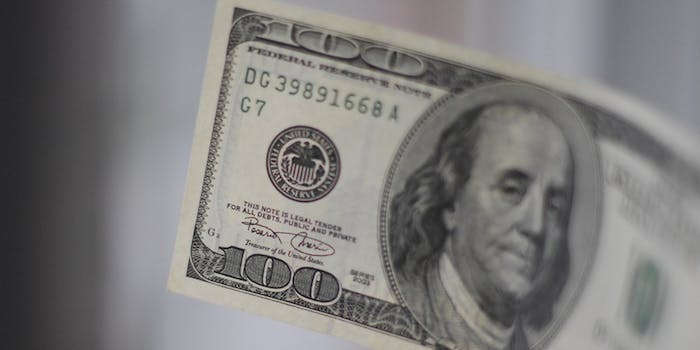 Authorities have now ensnared more than a dozen people thought to be part of an international hacking group.

Earlier this year, thieves pulled off a stunning $45 million cyberheist: They had duplicated the magnetic strip on a dozen prepaid debit cards from the United Arab Emirates and Onan, then hacked into Indian servers to disable the withdrawal limits and hit hundreds of ATMs around the world in a single day, taking out $2,000 or $3,000 at each location. By the time they were done, they had bagged one of the biggest scores in history.

But the victory was short-lived, as eight people involved in the plot were arrested in May.

Early today, feds arrested five more men connected to the robbery in New York, where they allegedly operated as a cell of the international hacking syndicate, with a sixth member arrested later in the afternoon. “Anthony Diaz, Saul Franjul, Saul Genao, Jaindhi Polanco, all citizens of the Dominican Republic, and Jose Angeley Valerio were charged with conspiracy to commit access device fraud,” according to ABC News. Franklyn Ferreira was the sixth suspect. All pleaded not guilty and were detained without bail.

But three of their alleged co-conspirators—Evan Jose Peña, Emir Yasser Yeje, and Elvis Rafael—recently entered guilty pleas, admitting to their roles in the massive theft. “These three defendants participated in a criminal flash mob, using data stolen through the most sophisticated hacking techniques to withdraw millions of dollars in mere hours in an unprecedented cyber heist,” United States Attorney for the Eastern District of New York Loretta E. Lynch said. “Their pleas demonstrate that the United States government will not relent in its efforts to investigate and prosecute the perpetrators of these financially devastating cyberattacks.”

Prosecutors cited “exceedingly strong” evidence, from surveillance video to ATM logs, and even a suspect’s photo of a bag packed with $800,000 for transportation to Miami, that would ensure convictions in the upcoming cases. In a court filing, Assistant U.S. Attorney David Sarratt said that the thieves celebrated their windfalls “by spending thousands of dollars at nightclubs and to go on shopping sprees for luxury goods.”