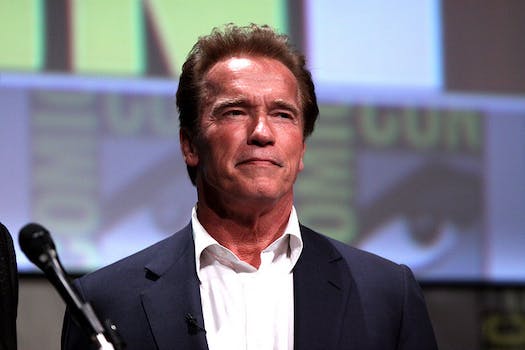 The former Governator stopped by Reddit for an AMA (Ask Me Anything) session.

Arnold Schwarzenegger, the former Governator of California and action megastar of our youth, stopped by Reddit earlier today to answer redditors’ questions.

Schwarzenegger did the AMA session—the popular question and answer format used on the site—to promote The Last Stand, his glorious return to the action genre. Minutes before his session started, Reddit users had already left more than 3,000 questions for the governor, ranging from queries on marijuana legalization to popular lines from his movies.

Despite only answering questions for an hour, the IAmA is slated to be one of Reddit’s most popular ones, accruing more than 11,000 total karma points as of this writing.

We’ve compiled some of the better Arnold responses below, including some answers he wrote out using his iPad.

What role do you most regret turning down? (Salacious)

I most regret not doing The Rock. I love the movie, and it turned out well. When it was offered to me there was only an 80 page script with a lot of handwriting and scribbles and it didn’t seem fully baked. But they obviously did a fantastic job.

What are your thoughts on the current state of the Republican party? (y0nkers)

The most important thing is that we need to be a party that is inclusive and tolerant. We can be those things and be the party we always have been. We need to think about the environment – Teddy Roosevelt was a great environmentalist and people forget Reagan was the one who dealt with the ozone layer with the Montreal protocol. We also need to talk about healthcare honestly – Nixon almost passed universal healthcare. We need to have an talk about immigration and realize you can’t just deport people. We need a comprehensive answer. We also need to stay out of people’s bedrooms. The party that is for small government shouldn’t be over-reaching into people’s private lives.
Mainly, we need to be a party where people know what we are for, not just what we are against.

Would you rather fight 100 duck sized Predators or 1 Predator sized duck? (Synanon)

I would choose the 1 Predator sized duck instead of dealing with 100 duck-sized Predators. I’ve already fought a Predator-sized Predator so I am confident I could handle the duck. 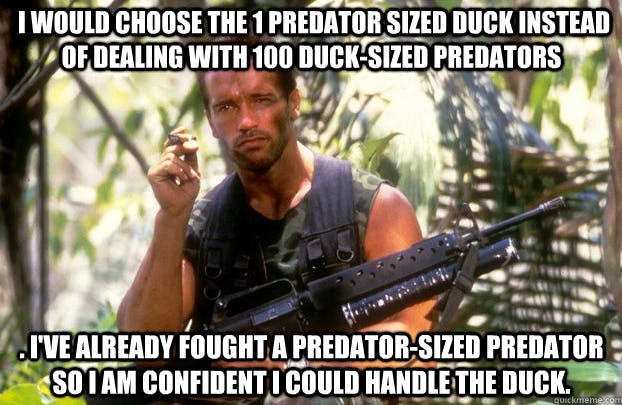 In your films are all the “Ayyaagh’s” in the script or do you improvise them? (dev729)

All improvised. Every single one.

Politicians are wildly unpopular these days – if you had to pick one current American politician who best embodies what is good about politics, who would you pick, and why? I’ve always appreciated your perspective on American politics and admired your optimistic spirit, so I’d love to hear your answer to this. (rycla)

Great question. And this has to be my last one.

Even though Congress has an approval rating of 9% (and loses to cockroaches and colonoscopies in polling), there are still some leaders who are doing the people’s work instead of the partys’ work. That’s political courage to me, being willing to risk your job to choose what’s good for the public instead of getting stuck in your ideology.
One of my favorites is Mayor Chuck Reed from San Jose. He’s a Democratic who took on pension reform, he has always put the people first. You should look him up. 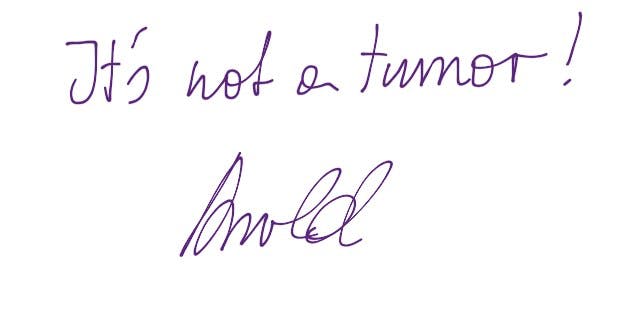 After answering his final question, Governor Schwarzenegger thanked Reddit and its users with a handwritten note and a drawing of the Snoo, the site’s mascot alien logo. 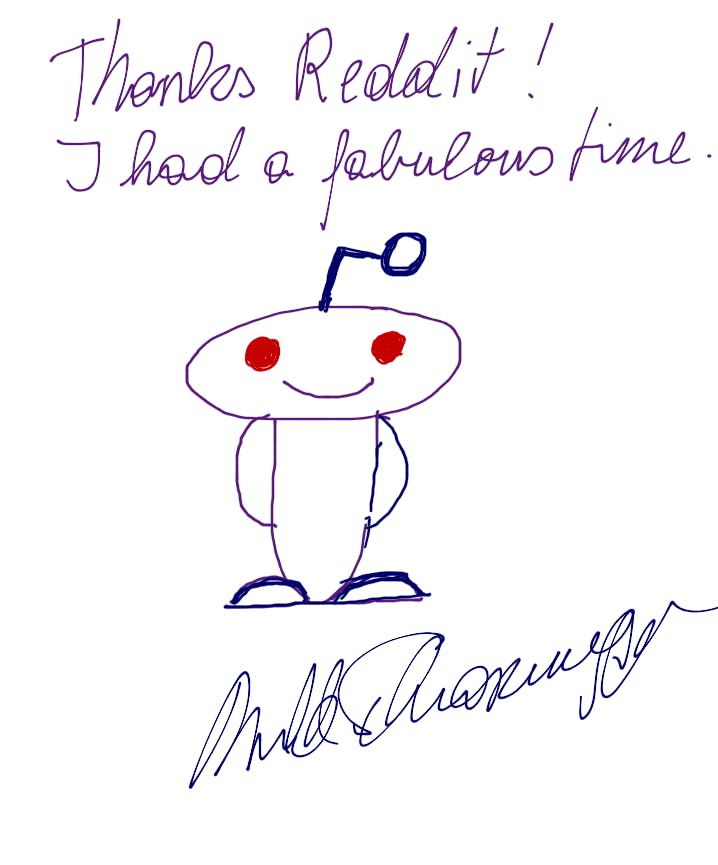