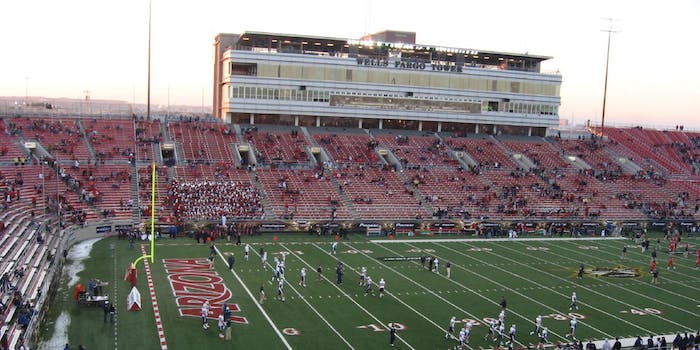 It's like the Wildcats just won the national title.

You know how excited you get when your boss is going to be out of town on Friday, and you just know that you and your work buddies are going to goof off around the office all day? Or when that 8am Monday class is canceled, and you found out the night before, allowing you to set your alarm for after the sun rises?

None of those emotions have anything on what the University of Arizona football team felt when coach Rich Rodriguez unexpectedly canceled practice Friday. The players’ reaction feels like a combination of hitting the $125 million lottery jackpot, watching your healthy baby being born, and chipping in from 35 yards.

How hilarious, especially when Rodriguez admits afterward that he kind of screwed over his coaching staff and football operations department by dropping this secret bomb. Still, as Rodriguez said, his players “had more enthusiasm there than I’ve seen in two weeks.”

The only thing that would have been better? If Rodriguez blew off practice and then jumped off the nearest high dive.