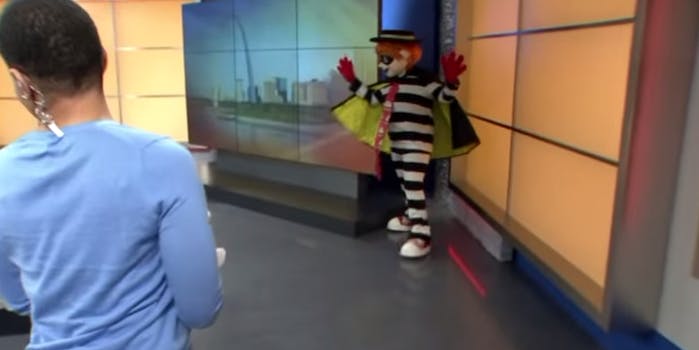 Hamburglar visits local news station that made jokes about him

The Hamburglar knew his presence was needed.

Last week, Simpson was wearing a fashionable blouse that featured black and white horizontal stripes. Her network colleague Tim Ezell tossed it back to Simpson coming out of a segment, but not before zinging her with a Hamburglar reference. Simpson was caught looking, and a viral video was forged in an instant.

The clip enjoyed a massive endorsement from comedian Kevin Hart shortly thereafter, and the momentum was an overnight jolt. Then, on Monday, the infamous McDonald’s villain himself paid a surprise visit to Simpson, who is surely tired of this shtick by now.