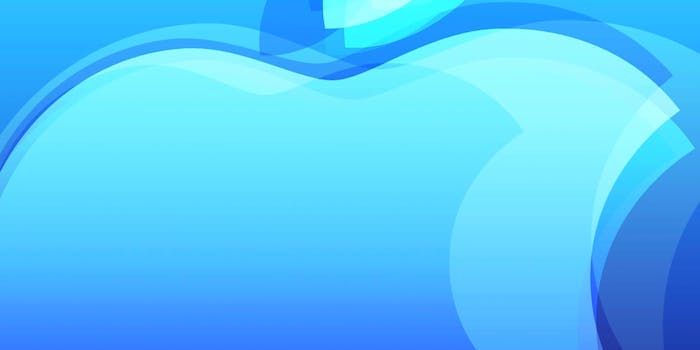 Apple reportedly wants what Netflix is having.

After decades of rumors, Apple finally appears to be ready to make a major leap forward. According to a Variety report published Tuesday, the most valuable company in the world is making major strides toward developing its own original content for its online streaming business. According to the report, Apple is hoping to escape the trap of paying studios and other content providers heavy royalties for the rights to shows and movies—as well as emulating the success of original content on streaming rival Netflix.

Shows like Orange Is The New Black and House of Cards on Netflix or Transparent on Amazon have done more than win awards and entertain millions of Americans. The focus on episodic productions, as opposed to movies, by the streaming giants is a tell-tale sign of future of home entertainment. Once upon a time, home movies were the at the center of battle for the American living room—lest we forget the epic struggle between Blu-Ray and DVD. But Apple’s ambitions are a clear sign that, if streaming companies are going to lead the way, feature length productions might struggle in the face of an onslaught of original and compelling TV content.

According to a 2014 report from marketing research firm GfK, 75 percent of the most popular titles on Amazon, Netflix, and Hulu are television shows. To users of Netflix, this should come as no surprise. Any keen-eyed user of Netflix has likely noticed the user interface of the app pushing TV-based categories on their users over movies or documentaries. This has been particularly true in the “Classics” section of Netflix. In what movie critic Will McKinnon calls “The Netflix Classics Massacre of 2015,” the company pulled over 500 titles this July—including famous titles like The Graduate and Crouching Tiger, Hidden Dragon.

Once upon a time, home movies were the at the center of battle for the American living room—lest we forget the epic struggle between Blu-Ray and DVD.

More prescient is the company’s recent separation from content provider Epix. Netflix abandoned such top-grossing franchises as The Hunger Games and Transformers by cutting its $1 billion deal with Epix (who took their content to Hulu). According to Netflix’s Chief Content Officer Ted Sarandos, the company ditched Epix to focus on original movies of its own making, but it’s also likely that Netflix’s internal data showed the films simply weren’t worth the licensing fees it cost to retain them.

Such a course correction is necessary for Netflix, which once relied on a DVD-by-mail business model that strongly favored movies over TV shows. Gradually, as “binge-watching” has cemented itself as a classic American pastime, Netflix users have begun to use the service as more than a replacement for Blockbuster or premium movie channels like Starz and HBO. Now, over half of American households use Netflix—and a large chunk of them use it to supplement typical broadcast television.

If Apple is to enter this market, they have the advantage of learning from Netflix’s forced transition. According to the Variety report, Apple’s push toward original content is largely banking on television instead of films. Earlier this year, Apple lost a bidding war for the next show from the exiled hosts of Top Gear, the top-rated BBC car review show. Apple also worked alongside HBO—another company transitioning away from movies toward original episodic content—to rollout HBO Now, its standalone streaming app, largely meant to captivate millennials with shows like Game of Thrones and Veep.

Perhaps most surprisingly, Apple has supposedly attempted to lure networks and cable companies into a deal for online streaming of actual television channels. Watching live TV on your desktop or mobile device is a storied dream of cord cutters, who have rightfully thrown fits when important events like a presidential debate provide no legal viewing option for those without a cable connection. Apple has supposedly spent the last year in talks with content providers to create a pre-packaged bundle of Internet-provided TV channels, much like Dish Network’s Sling TV, further emphasizing their desire to conquer television.

Apple, which has over $200 billion in cash to toy with should it enter the original production market, could be a titanic player in TV. As Amazon and Netflix gain legitimacy as both providers and studios, they can expect to have a larger say in the direction of the entertainment industry. With its favorably stylish reputation among consumers and seemingly unlimited cash flow, Apple could hold the kind of power over Hollywood studios once did in the 1930s and 1940s.

Over half of American households use Netflix—and a large chunk of them use it to supplement typical broadcast television.

Despite rumors of its demise, “The Golden Age of Television” rung in by shows like The Sopranos and The Wire seems to have some staying power with the continued success of Game of Thrones, which starts its sixth season next spring, and the newfound love for shows like Mr. Robot, The Americans, and Humans. Streaming apps have strengthened our penchant for well-crafted scripted television well into the golden age’s second decade, and as these companies grow more powerful, it’s hard to see where movies could possibly fit in.

This is not to say that film is dead—on the contrary, box office sales continue to break records, despite constant warning from industry advocates that piracy will drag them down. But as far as home video goes—digital or otherwise—films have long been on the decline. As subscriptions to digital providers soar, DVD and Blu-Ray sales have consistently declined for more than a decade. Even services like Redbox have seen a steep fall in their popularity, losing 4.4 percent of their business last year and 2.2 percent the year before that.

As more Americans ditch their costly cable subscriptions and needless DVD purchases for streaming video, companies like Netflix and Amazon will wield all the more influence over the direction of the entertainment industry. If a juggernaut such as Apple begins producing original shows, it could be the final sign that living rooms and movies will never mix.