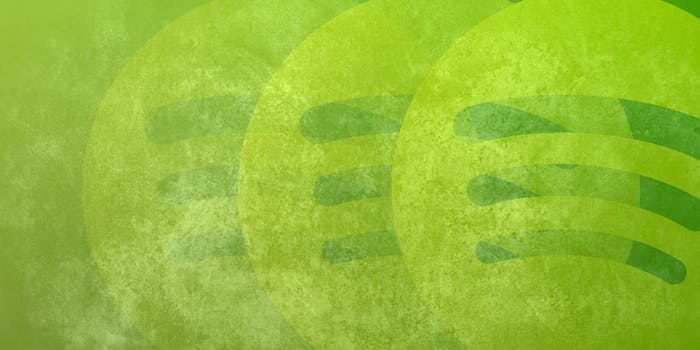 The music streaming business is on a sure path to self-destruction.

These are insanely complex times for musicians. With virtually no consultation, musicians and independent labels are being led down the path of the streaming music construct controlled largely by technology companies. Streaming royalties for these services remain mired in mystery. And nobody is privy to how royalties are calculated or assigned to different players in the streaming ecosystem. In what other industry would suppliers offer their goods to distributors without being told precisely how much they’ll receive for their inventory?

Yet here we are, with the majority of musicians and independent labels playing ball with the Apples, Googles and Spotifys of the world, as if their industry vision is the only way forward. It isn’t.

Many wonder why Apple is shifting away from iTunes over to Apple Music. It’s clear Apple’s hand was forced and it had to enter into the streaming world, just to maintain credibility and market momentum for its device ecosystem. Without a streaming play, that ecosystem would suffer. Apple’s success is built on end to end control of its distribution channels and Apple Music plugs a big hole for them. With the majority of the iTunes catalog available on the streaming services of competitors, Apple appeared behind the times. Market forces were working against Apple’s device ecosystem, with the erosion of iTunes’ paid downloads as streaming became the dominant model.

But for Apple, Google, Spotify and all the rest, the impact of streaming on musicians and independent labels was always irrelevant. While these companies intimate that economies of scale may one day benefit participants, the truth stands in dark contrast.

“Streaming makes it very difficult for cult bands who sell 1,000 copies of each release,” the noted British guitarist and composer Matt Stevens told me. “If 1,000 people stream an album 10 times, we probably make a few pennies versus 1,000 download sales which create a model that will pay for modest recording expenses. At present, with downloads, it’s roughly sustainable, but not profitable. If we move to streaming and that income disappears completely, we’re in serious trouble.”

Essentially, we’re in the middle of a perfect storm. Once the storm concludes, we’re looking at the decimation of the commercial music industry.

It began with Napster and listener complicity. Industry panic and an increasingly entitled, self-centered public emerged with the belief that music should be free. Musicians and independent labels jumped along for the ride when Spotify, Rhapsody, MOG, and the rest of the streaming companies essentially constructed services with payouts so low, the end result isn’t much different than piracy.

That, however, doesn’t hold true for the core investors in these services, which include the old major label guard. For instance, Spotify’s key backers include Warner, Sony and Universal.

In conjunction, musicians have been misinformed about the outcome of these services. Time and time again, they’ve heard that streaming companies will someday raise their streaming fees. The actuality, as documented by the Trichordist, is that as the services scale, the streaming royalties actually shrink. Only ad and subscription revenue grow for the services, not royalty payouts.

The grand irony of all of this is that no streaming service is yet profitable. That doesn’t mean there aren’t investors making incredible amounts of money, but the bottom line is in the red, not the black. Because of the incredible complexities of licensing and the ponzi-inspired nature of these organizations, money is rolling in. In Spotify’s case, they are looking at a giant monetization event in the form of an IPO or acquisition. If either occurs, everyone—including the major label backers—will cash out, and all that will be left is a feeble shell that will eventually collapse.

Artists should reclaim their independence, and ensure their music benefits the people who really believe in it.

It’s obvious that virtually all streaming company insiders see this model as a short-term, unsustainable play. They’re all in it for a quick buck and are just fine with pushing the self-destruct button. Those that are unable to make a liquidity event happen are doomed. You will see the remaining companies rapidly die off. As George Carlin once famously said, “The game is rigged and nobody seems to notice.”

My advice is for musicians and labels to opt out of the commercial streaming services, and seek out other options available to them, such as Bandcamp and PledgeMusic, which appear to remain relatively honorable territory. Another option is to create your own infrastructure. I’m aware of at least a couple of teams that have a fair-minded, artist-driven structural concept in mind for streaming that can’t be rigged to benefit a few.

The big question musicians and independent labels need to ask themselves is this: why allow these companies to determine the value of your music?

While the streaming companies propagate a myth of mass availability, offering greater possibility of mass-adoption, the truth is that it almost never works this way. It’s up to the artist to cultivate an audience and accompanying ecosystems via community, social media, virtual events, and non-electronic outreach, be that gigs, touring, and creative guerrilla tactics related to physical spaces tied to musical interests. None of these strategies depend on the music playing via one of the big streaming services. Artists can indeed redirect potential audiences to other platforms, places where they’ve consciously chosen to offer access to their music.

Inevitably, musicians and labels will be on their own again, as the streaming services begin to collapse one by one in the coming years. It’s time to plan for that future by establishing a more independent model now, apart from these companies. Artists should reclaim their independence and ensure their music benefits the people who really believe in it, not soulless streaming companies trying to take you for everything you’ve got.

Anil Prasad is the founder of Innerviews: Music Without Borders, the world’s first online music magazine, established in 1994.

This article originally appeared at Medium and was reposted with permission.