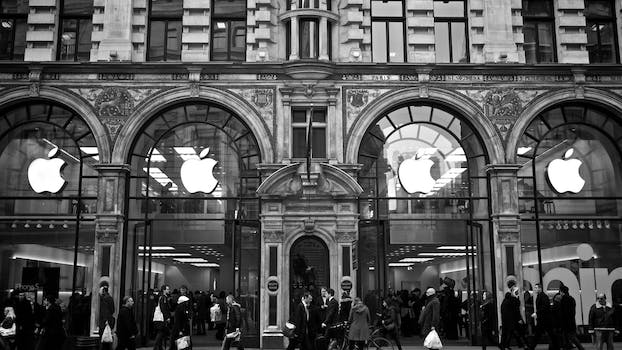 If homeless people can’t sleep outside, Apple customers shouldn’t either

When it comes to people occupying the sidewalk, we can't have it both ways.

Apple has long been known for its extraordinary hype building up to the release of new products—complete with lines around the block and customers camping out in anticipation on the day phones, tablets, and more go on sale. But with the Apple Watch, the company is attempting, to paraphrase Jacob Kastrenakes at the Verge, to class things up a bit. To wit, the company wants people to order their watches online in an orderly fashion, rather than clogging up the streets and generating ample free publicity by making it clear that the watch is such a socially desirable product that people are willing to give up hours—or days—waiting for one.

The move marks not just a shift away from the company’s prior release strategy, but also highlights the hypocrisy involved in encouraging people to clog the sidewalk as they line up for major product releases while penalizing members of the homeless population off the streets when they do what is basically the same thing. The recent trend of watching people crowd theoretically public spaces in front of major electronics retailers in advance of major releases and Black Friday sales is a growing social phenomenon, and it’s also one that speaks to the American obsession with scarcity. If an item is so common that it can be ordered online or picked up in store at any time, it loses social cachet; waiting in line demonstrates that you have the patience to buy one at the height of the frenzy and to pay full price when the product drops.

Yet there’s a deep and unavoidable social divide to address when one group of people is chuckled at for sleeping outside, while another is a source of derision—with legislation designed to actively target it. This divide falls heavily out along class lines, as those wealthy enough to buy the latest Apple product are apparently not as worrisome to civic leaders as members of the homeless community; one is welcome to bring sleeping bags and a sense of community spirit to the streets of downtown, while the other is not.

In fact, a number of cities explicitly discriminate against the homeless in downtown areas; sit/lie laws prohibit people from loitering on the sidewalk during set periods each day. One such law was passed in San Francisco in 2010, and it’s particularly heavily enforced in the Haight—which, not coincidentally, houses many of the businesses that lobbied for the legislation in the first place.

Businesses argued that homeless people, especially traveling youth moving through California as part of a wandering lifestyle along the coast, interfered with business and tourism. They cited sidewalk clutter, garbage, and human waste as problems caused by the homeless community, and by lobbying for the successful passage of the law, they neatly forced the city to pay for their cleanup efforts. Haight business owners effectively treated the homeless community like human garbage, and San Francisco’s leaders have also pushed for cleanups of encampments in locations like Golden Gate Park and under freeway overpasses.

The most stark illustration of homelessness in San Francisco may be the camp in SoMa directly across from Airbnb’s headquarters. According to the Guardian, “none of those interviewed had heard of Airbnb, though its four-story office, a 72,000-square-foot converted warehouse, dominates this section of the SoMa district.”

The specter of “travelers” also arose in Monterey in 2014, when a similar sit/lie ordinance entered the city’s civil code. Officials insisted that youth were interfering with quality of life in the city’s downtown; perhaps unsurprisingly, Monterey’s metro area also houses a number of tourist attractions. Clearly, city leaders had a strong incentive to clean up the sidewalks in the interest of creating a more appealing environment for visitors.

Berkeley, meanwhile, attempted a similar ordinance, only to have voters smack it down not once but twice. The infamously progressive California city has developed other measures to deter members of the homeless community, however, including narrow bus benches that make it impossible to sleep and flashing lights near businesses, also designed to keep people from sleeping comfortably in sheltered doorways and alcoves. Such “anti-homeless architecture” is coming into common use all over the world.

California is far from the only state making a concerted effort against members of the homeless community—and it’s also not the only state with a huge cult of Apple, though Silicon Valley’s looming presence certainly makes it pronounced. Notably, those who flock around Apple’s highly visible store along San Francisco’s Market Street aren’t driven away by police—unless they look like homeless loiterers. Visitors and residents who look like they’re going to spend money are welcome, but those who make people uncomfortable are not, and that extends to spending the night, too.

At the Atlantic, Robert Rosenberger challenges readers to consider their attitudes about campaigns targeting homeless communities across the world: “Ask yourself if you were appalled by the idea of the anti-homeless spikes. If so, then by implication you should have the same problems with other less obvious homeless deterrence designs like the sleep-prevention benches and the anti-loitering policies that target homeless people.”

By extension, people should also be considering the naked contradiction in allowing people to camp out—and sometimes even rewarding them for it with complimentary food and drink—while eagerly awaiting new consumer goods versus forcing people to leave when they’re viewed as a public nuisance. People aren’t a nuisance, but they’re certainly treated as such when they don’t provide any clear commercial value.

In California, some legislators are putting this to the test with with the Right to Rest Act, pushing back against sit/lie laws in an attempt to protect some of the state’s most vulnerable. The League of California Cities, a conservative pro-business organization, is insisting that the law will harm California businesses. Some even argue that it will hurt members of the homeless community, too.

In a fear-mongering staff editorial, the San Francisco Business Times says that the proposal “ignores the very real problems residents and businesses face when an uncooperative contingent of homeless designate the sidewalk as living space. These parties should have rights and interests as well — but are afforded few under Ammiano’s legislation.” The newspaper’s attitude is echoed by private businesses who are also eager to legislate members of the homeless people away.

We can’t have it both ways: Either people deserve to use the sidewalk or they don’t, and laws regarding the use of the sidewalk should be enforced equally, regardless of social status. Last year alone, Apple benefited from unequal enforcement of sit/lie laws in Spokane when police declined to cite and disperse those waiting for new iPhones, though it likely would have been irked if homeless people without funds for new phones had joined the throng. In 2012, similarly unequal enforcement also marked the release of a new iPhone model.

If you’re going to revel in the spectacle of huge crowds mobbing your doors in anticipation of a product release, you’d better be prepared for police officers coming to break up the crowd. After all, they’re loitering and blocking the sidewalk.