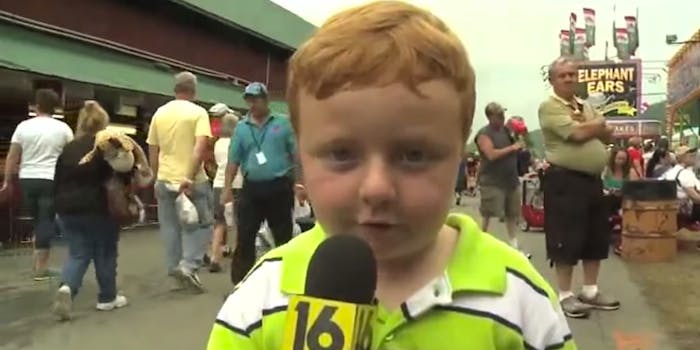 Apparently Kid gets the Auto-Tune remix he deserves

All of the apparentlys—as you've never heard them before.

Just a week after the 5-year-old made his first appearance on live television, his now-famous interview with WNEP’s Sofia Ojeda has gotten the songified treatment from the Gregory Brothers.

With plenty of Auto-Tune and an R&B beat behind him, Ritter’s “apparentlys” ring even more in our ears, with an undeniably polarizing effect. You either love him or hate him, but like the many songified interviews and debates before him, you can’t stop watching.

Never has someone had so much to say about never having been on live television.