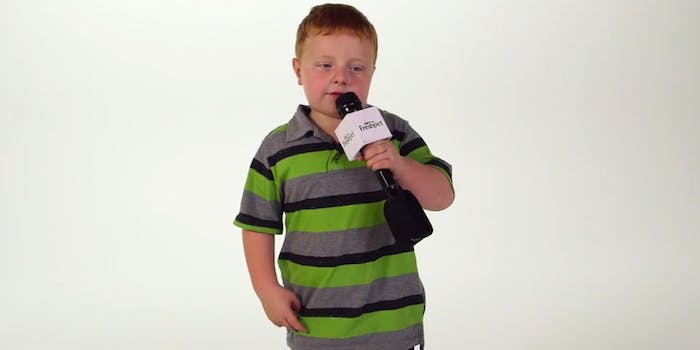 Apparently Kid gets his first commercial spot, and it apparently involves puppies

Apparently Kid and puppies. What more could you want?

Back in early August, local news cameras turned their lenses upon Noah Ritter and a star was born. From the utterance of his first “apparently,”  our hearts swooned as the precocious, ruddy-cheeked five-year-old captivated a nation with his love of all things apparent.

Like many viral stars that crop up thanks to local news coverage, Ritter was destined for some sort of commercial deal to profit off of his meme status. But while most of these read as a cheap rehashing of old jokes dreamt up by a half-brained ad executive, Ritter’s spot shines thanks to his originality. Oh, and did we mention there are dogs?

In a two-minute spot for Freshpet pet food, Ritter drops his signature “apparently” while getting licked to death by a trio of lab puppies.

Apparently, he doesn’t favor his signature word any longer. With an appearance Thursday on Ellen, Ritter announced he had retired “apparently” in exchange for another adverb, “seriously.”

Whatever the word, we’re confident Ritter can pull it off, thanks to his signaure bravado and eccentricity.