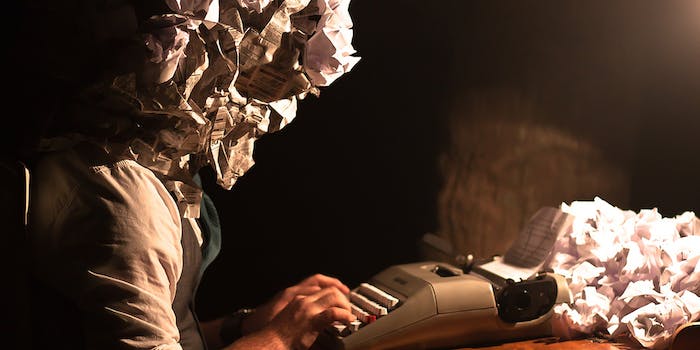 Over? More than? There's more than meets the eye to the latest linguistic meltdown.

The Associated Press Stylebook has long been a bible of sorts for journalists, helping news outlets maintain correct and consistent formatting, punctuation, grammar, datelines, and much more. So every update to its contents has a telling ripple effect in the media world—especially when a cherished rule of thumb is overwritten. It’s as if the world’s semantic bedrock has quaked.

Take the distinction between “more than” and “over,” first drawn in 1877 by the New York Evening Post’s William Cullens Bryant. The editor never did explain to anyone’s satisfaction why he hated seeing the word “over” appear before a numeral (as in a clause like “over 50,000 fans attended the game”), but nevertheless, it was enshrined as axiomatic tradition, and quickly became second nature to anyone writing for an American newspaper.

As you might imagine, today’s reporters were aghast to hear that they had adapted to this style guideline for naught: the two phrases can now be used interchangeably. Most of the time.

Breathing into a paper bag RT @RindelsAP Exciting upcoming AP Stylebook change: We can use “over” as well as “more than” for greater value

I will never get more than this @APstylebook change

Weird that the AP is making you take a selfie and insert it into every place you’d normally put a comma???

That last tweet obliquely acknowledges another change to The AP Stylebook, one that reveals just how far behind the curve such reference materials have fallen: the addition of the term “selfie,” which was already the Oxford English Dictionary’s word of the year. It was only a couple of years ago, too, that the AP first allowed us to type “email” and “website” instead of the jarringly dated “e-mail” and “Web site.” (“Web” is still capitalized when standalone.)

AP Style tip: New to the Stylebook: selfie – a self-portrait photo taken with a phone or webcam and shared over a social network. #ACES2014

But because “over” vs. “more than” was an arbitrary rule to begin with, reinforced by decades of “that’s how it is”; because the AP is apparently evolving into a descriptive guide that captures how people write as opposed to telling them how they ought to; and because so many of its original recommendations are geared toward the peculiar concision, voice, and needs of newspapers, not websites, blogs, or social media, we might ask what the big deal is.

After all, the typical Daily Dot article has to go above and beyond the advice of the AP as a matter of course. We’ve had to make our own judgments on how to style terms like “subreddit,” “Dogecoin,” “@-replies,” and “Dick Butt.” We simply don’t have the time to wait for an authority figure’s final assessments on such things—nor are we likely to get any. We even diverge from the AP when it suits us, dropping periods into “a.k.a.,” contra its suggestion.

You can read the freakout over such updates, then, as no more than professional crankiness. Journalists love their systems, their routines, and, above all, their accepted wisdom. The beauty of the AP Stylebook is that you never have to ask why a prescription has been handed down; all you need to do is adhere. In effect, the only complaint to be made here is that the next generation of writers won’t have the “more than” dictum drilled into their heads by a bellowing copy chief, which many would consider a right of passage. You know, like hazing.

Besides, both sides are wrong on this: You should use “in excess of.”