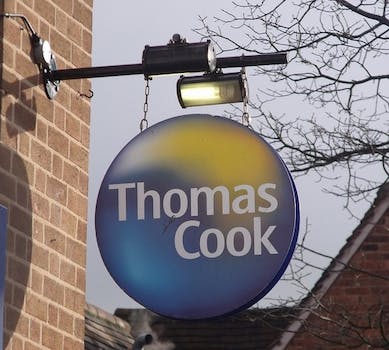 A U.K. court ordered an injunction against an anonymous troll who has been leaking internal documents from Thomas Cook Airlines.

A Twitter user acting anonymously was ordered to stop sending abusive messages regarding a travel company under threat of a jail term.

U.K. firm Thomas Cook Airlines is seeking to find out the identity of the person behind @TCXrated, who is tweeting “confidential internal memoranda and trade information.” The anonymous user is believed to be a Thomas Cook employee.

London’s high court has issued an injunction to @TCXrated. According to the Irish Independent, the user faces jail time on a contempt charge if he does not provide his name and address and refuses to stop attacking the company. If the user is found to be an employee of the firm, the information revealed in @TCXrated’s tweets may also be breach of confidence and contract.

Among other tweets, the account (which was closed as of Friday morning) tweeted a photo of an internal memo asking staff not to criticize Thomas Cook on social networks. The anonymous troll also compared the company’s workers to “dung beetles” and “the living dead.”

According to tweets indexed by Topsy, the user retweeted a number of posts by others sharing their frustrations about their travel experiences.

“The Twitter account is posting a number of unsavoury posts about Thomas Cook but also posting confidential internal memoranda and trade information,” Matthew Richardson, lawyer for Thomas Cook, told the court. “@TCXrated is anonymous and has sought to remain so. It is submitted that the court should in infer that this is a deliberate and unreasonable attempt to avoid having to answer for the action of operating the Twitter account.”

The judge granted an order demanding the user stop posting such messages. He also approved the serving of the injunction to @TCXrated through Twitter itself, considering a lack of other ways to reach the anonymous individual behind the account.