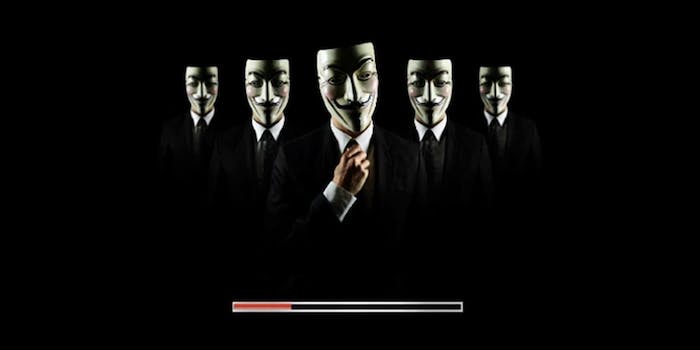 Suspect charged for Anonymous threats against University of Pittsburgh

The FBI believes a 24-year-old Ohio man was behind a threatening YouTube video that claimed to speak for hacktivist group Anonymous.

An Ohio man has been charged with extortion and threats against the University of Pittsburgh following a seven-week cyber investigation, according to the Pittsburgh Post-Gazette.

An FBI affidavit claims that Alexander Waterland, 24, hacked computers at the University of Pittsburgh and threatened to release personal information of students and faculty. Waterland is also accused of posting a threatening video to YouTube as AnonOperative13 on Apr. 26.

The three-minute video shows five people in Guy Fawkes masks as a digitally-modified voice demands that the University of Pittsburgh publicly apologize to their students for jailing innocent  supporters of the hacktivist group Anonymous, lying to law enforcement and saying nothing to the students.

“We do not agree with your intentions, your lack of care for your students and their valuable, yet vulnerable information,” the video states.

The University of Pittsburgh has dealt with numerous bomb threats since February, but U. S. Attorney General David Hickton says that Waterland is not connected to those threats.

“I have no idea [why the FBI thinks he made the threats]. I haven’t the slightest clue,” Waterland told TribLIVE.

These charges come almost two months after the FBI came under scrutiny for seizing a server from the New York office of the European Counter Network while investigating the bomb threats at the University of Pittsburgh.