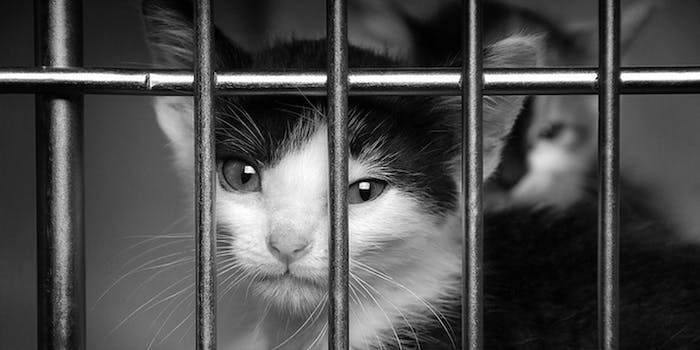 People for the Ethical Treatment of Animals is attempting to bring legal action against online commenters who were critical of the organization.

Hacktivist collective Anonymous has targeted People for the Ethical Treatment of Animals (PETA), claiming the animal rights group’s attempt to bring legal action against online commenters who were critical of the organization’s euthanasia tactics is “unacceptable.”

“Once again a shadowy group of zealots who are given to well practiced media manipulation and bizarre celebrity endorsements are using legal threats and strong arm tactics in an attempt to prevent anonymous criticism of their organisation and activities online,” Anonymous wrote in a Pastebin document.

PETA filed a lawsuit last week in New York state court asking for the names of anonymous individuals who left harsh comments on an April 4 Huffington Post article that revealed questionable conditions inside one of PETA’s animal shelters.

The exposé revealed that 96 percent of animals taken to the shelter in 2011 were ultimately killed.

The lawsuit seeks to get the personal information for users “Lucy Van Pelt,” “Eyema Nurde,” and “ambersommerville” from Huffington Post. PETA needs this information before it can proceed with legal actions against the commenters for alleged false and defamatory comments.

But Anonymous, the group known for bringing down websites with data leaks and distributed denial-of-service (DDoS) attacks, is not happy that PETA is coming after the commenters — and they are promising retribution. They have launched #OpPeTA in retaliation.

“This kind of legal maneuver is typical of corporations and organizations who cannot accept opposing viewpoints and think freedom of speech and online anonymity are merely inconveniences to be dealt with by high powered and expensive lawyers and huge piles of cash,” the hackers said.

The group claims that their threat is not against animal rights but the “cynical manipulation of well meaning people to fund lawsuits and advertising.”

“It is time PETA was reminded that Anonymous does not forgive or forget those who oppose free speech and will not stand for legal threats against those voicing legitimate criticisms.”

It is unclear what action the group plans to take against PETA, but if history offers any indication, the organization should tread lightly in the coming days.