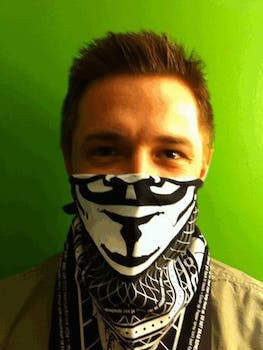 Some Anonymous members say they plan a January 1 hack

A group of Anonymous members are planning yet another hack for the New Year. But will it happen?

While Anonymous has been busy this holiday season hacking a security think tank and law-enforcement supply company, another group has reportedly been planning an attack set for Jan. 1.

“It’s about to be a new year, out with the old and in with  the new! Let’s make this new years simply unforgettable!” wrote Anonymous in a document detailing the attack. “Won’t you join us?.”

As part of #OpHiroshima,  some Anonymous hackers say they will dump  government information on Facebook, MySpace, TinyChat and Twitter. The attack is in retaliation against the Stop Online Piracy Act, which threatens freedom of speech on the Internet, said Anonymous in a video posted on YouTube (the announcement begins at about 3:40).

The impending attack has come under harsh criticism from other Anonymous members—including a spokesperson representing the group in Mexico—who believe that such an operation will only encourage law makers to pass SOPA.

“I think it is an abuse of power,” said the Anonymous representative from Mexico in a private message to the Daily Dot. “There is nothing to gain from operations such as that one. Hackers that are not hacktivistas have no place in our world. It is like those that own guns in the U.S. just because you have one it does..not mean you use it. OpHiroshima is simply going to cause more regulations in the future on the Internet.”

While news about the attacks have spread across Twitter over the last few days, it’s unclear whether anything will actually happen.

Time will tell if #OpHiroshima will live up to all the hype. On Twitter, the hashtag #OpHiroshima has been mentioned more than 600 times in the last two weeks with people spreading news of the attacks and sharing YouTube videos.