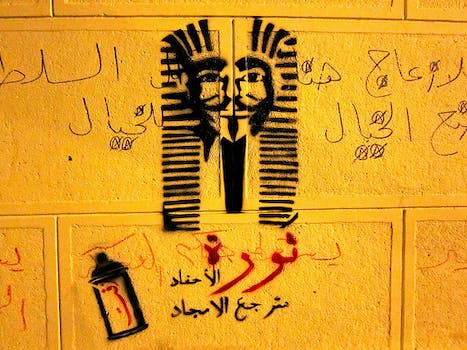 In response to the graphic video “Violations of the Military Council,” members of the hacker collective have been attacking Egyptian government websites.

Anonymous is reportedly carrying out operations against the Egyptian government—again.

The hacker collective originally came to the aid of the Egyptian people in January, protesting against the Internet censorship that accompanied the Arab uprising.

This most recent attack came in response to a video titled “Violations of the Military Council,” which was uploaded onto YouTube over the weekend. The graphic video captures military personnel brutally beating men and women to death. One particularly horrifying moment has a soldier stomping repeatedly on a woman’s head.

By Tuesday, the original video had been viewed 3 million times and gathered thousands of outraged comments and media mentions.

The Egyptian President’s website went down, as did the Egyptian state media site, according to The Next Web. Silicon Republic reported a dozen websites were affected by the globally orchestrated DDoS attack, including the military website Supreme Council of the Armed Forces (SCAF) and Egypt’s tourism site. The government website shoura.gov.eg is still down at time of publication.

The Twitter accounts CabinCr3w and OpCellBlock have been updating their Twitter streams with each new development and have even released a PDF highlighting Egyptian military personnel and their roles.

It is unclear how long the attack will last.

According to both CabinCr3w and OpCellBlock‘s Twitter streams, a total of 34 Egyptian websites have been affected over the past two days.