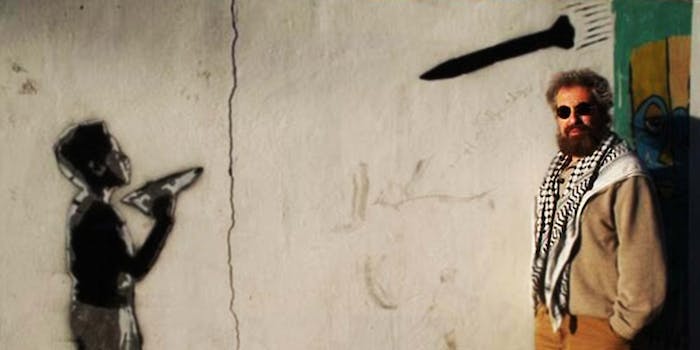 A lawyer known for representing members of Anonymous is being taken to court.

A press release from the office of the United States Attorney for the Southern District of New York notified the public Thursday that criminal charges were being pursued against attorney and political activist Stanley Cohen.

According to the release, Cohen is charged with five counts of failing to file Individual Income Tax Returns and one count of wire fraud. In total, the charges against Cohen carry with them a maximum sentence of 25 years. Preet Bharara, attorney for the state, and IRS Special Agent Toni Weirauch, allege that between 2005 and 2010, Cohen failed to report $3 million to the IRS.

“IRS-Criminal Investigation is committed to ensuring that everyone pays their fair share.” Bharara said.

Cohen is most known for representing a group of Anonymous activists, who in July 2011 were arrested for launching DDoS attacks against PayPal. The group, now infamously known as the Paypal 14, conducted the operation against Paypal for imposing a financial blockade against the whistleblower website WikiLeaks. According to Paypal, their decision to freeze WikiLeaks’ accounts followed a statement from the U.S. government, which alleged the journalists were criminals.

A statement was released by Cohen on Twitter in response to the charges, in which he proclaimed his innocence. He also said that his 40+ years of work as an activist, and his sharp criticism of U.S. foreign policy, specifically with regards to Israel, is the true motivation behind the government’s charges.

“Make no mistake about it, this investigation, which began more than a decade ago, when initiated by the ‘terrorism unit’ of the DOJ, was a direct result of my work and politics,” Cohen wrote.

“After all, the persons, organizations and beliefs that I have represented for most of my life as an activist, organizer, social worker and attorney have been a thorn, no a spike, in the side of the powerful, those in government and out that have largely controlled the narrative of our lives and deign to dictate how we are to them wherever they wave their flags, sing their anthems and define our borders.”

“Up the rebels,” Cohen said at the ending of his statement.

According to the U.S. Attorney’s office, Cohen’s case is being prosecuted by the Office’s Complex Frauds Unit. The prosecutor has been named as Stanley J. Okula, Jr.

“The charges contained in the Indictment are merely accusations, and the defendant is presumed innocent unless and until proven guilty,” the U.S. Attorney’s Office added.