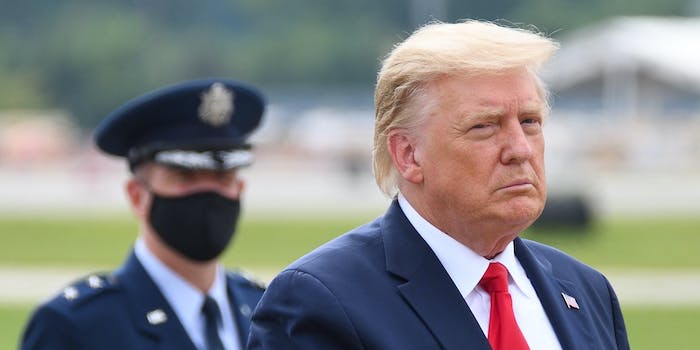 Angry White House Staffer is trying to get at the truth.

The account was created in 2017 and has become a must-follow for any Twitter user interested in politics for its straight to the point, no-bullshit posts. Angry Staffer shares stories from reputable sources and news outlets to combat political misinformation surrounding current events.

Angry Staffer also has a blog where they discuss current events and expand on tweets, “with some sometimes-funny snark thrown in.” On their blog, Angry Staffer compiles daily news dumps and adds their own sarcastic and witty commentary for readers.

“On my ‘places you couldn’t pay me to be right now’ list, a commercial airplane and Disney World are pretty close to the top,” Angry Staffer wrote regarding Labor Day weekend travel.

Angry Staffer often tackles the messiest and most confusing news stories out there. Some topics of discussion include Russian interference with U.S. elections, the increase in manipulated media, and Trump’s tax returns.

This weekend, Angry Staffer has been sharing the most recent information about President Trump’s COVID-19 diagnosis, and they are calling out the staffers who have misled the public about Trump’s condition.

The Trump administration is trying to assure citizens that Trump is doing well, even going so far as to stage photo-ops to show the president allegedly working. However, others are saying his condition is worse than the administration and his doctor are letting on.

Followers love Angry Staffer’s ability to cut through false stories and get to the bottom line.

Angry Staffer’s identity is still anonymous, but they have previously joked they would reveal their identity if Trump resigned.