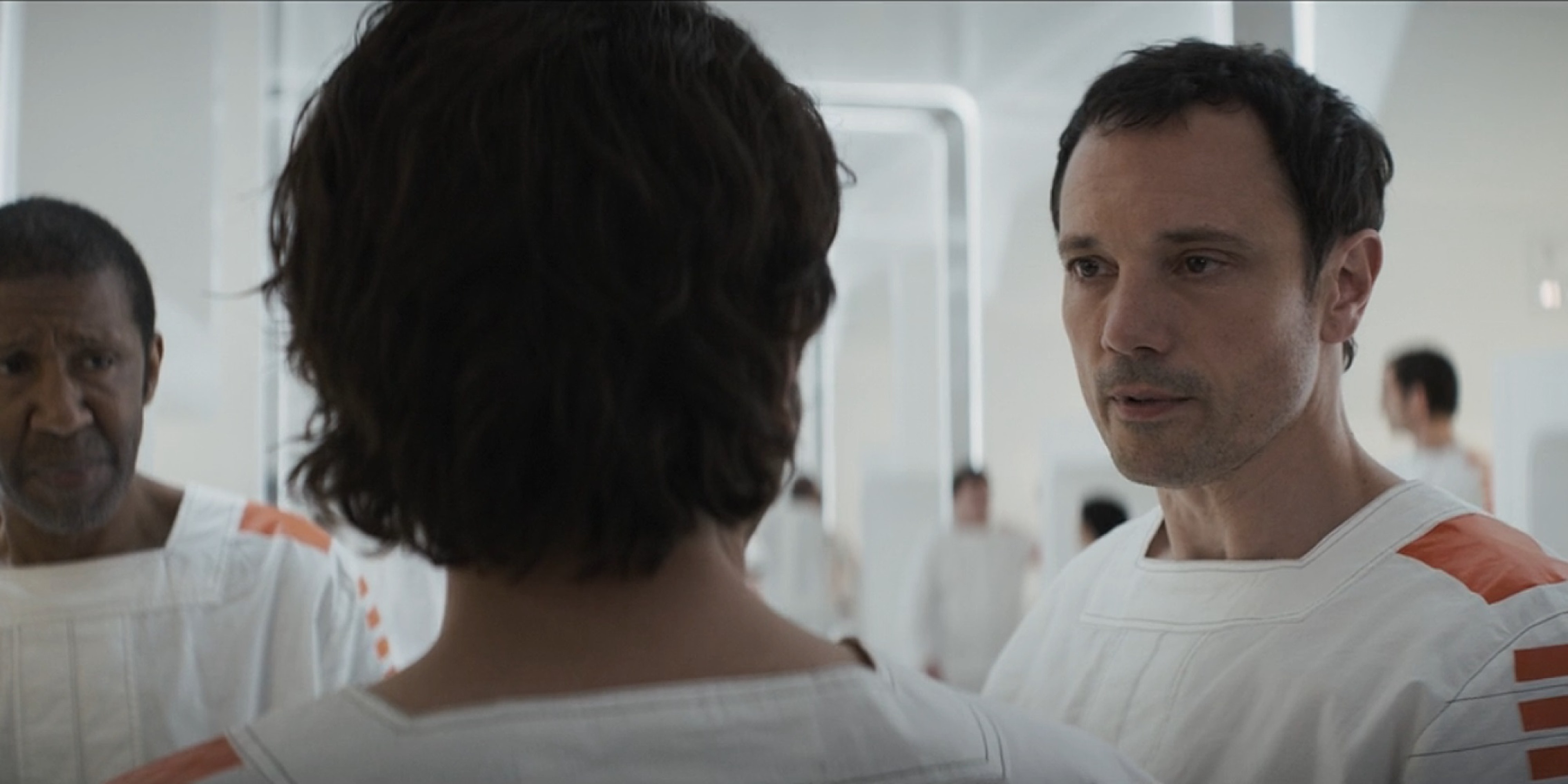 You may not remember this guy from 'Rogue One,' but 'Andor' has given him an intriguing new role.

This post includes spoilers up to Andor episode 8, “Narkina 5.”

Alongside the more high-profile reintroduction of Saw Gerrera (Forest Whitaker), Andor just brought back another figure from Rogue One: Ruescott Melshi. Played by Duncan Pow, Melshi later becomes a Rebel fighter and friend to Cassian Andor. But since Andor takes place several years before Rogue One, the two men start out as strangers.

Cassian meets Melshi in an Imperial prison in episode 8, when they’re assigned to the same workgroup. On a wider scale, this prison is carefully designed to keep prisoners from banding together en masse, pitting the individual groups against each other. But within those groups of seven, the prisoners must work together, creating the potential for strong personal bonds. This may explain how Cassian—a rather paranoid and self-contained guy—ends up befriending Melshi and (we assume) launching some kind of prison escape in the future.

Melshi’s role ties into one of the show’s central themes: Why do some people rebel against the Empire, while others give up hope? We meet plenty of characters who suffer under Imperial rule, but only a small minority take the risk of fighting back.

Even after joining the Rebel mission on Aldhani, Cassian still isn’t ready for that level of self-sacrifice. All he wants is to make enough money to live comfortably and ignore the cruelty of the world around him. But as these last two episodes have shown, that isn’t really possible. His imprisonment on Narkina 5 emphasizes the idea that life is only going to get worse, pushing Cassian toward a breaking point where he sees the Rebellion as his only viable option. Melshi is currently in a similar state, introducing himself with some very pessimistic advice.

“Don’t ever look at the number,” he tells Cassian, referring to the number of days left on his prison sentence. “Double, triple, it doesn’t matter. You’re here until they don’t want you any more. Anyone who thinks about getting out now is dreaming. Those days are over.”

As the grittiest film in the Star Wars franchise, Rogue One was based around a deceptively upbeat slogan: “Rebellions are built on hope.” Andor takes this idea and digs deeper, depicting a dystopian society where “hope” is the only guiding light in a seemingly-unwinnable struggle. Sometime in the next few episodes, both Cassian and Melshi will find that light, giving them something to fight for.

In certain corners of Star Wars fandom, Andor has been criticized for failing to include “enough” Easter eggs or callbacks to other parts of the franchise. In addition to being a rather puzzling complaint (callbacks aren’t an intrinsically positive thing!), this isn’t even an accurate take. Andor is full of nerdy little elements of Star Wars lore; it just isn’t interested in straightforward fanservice.

Ruescott Melshi is a great example of the show’s attitude to franchise tie-ins, because he actually plays an important thematic role. In Rogue One, he really isn’t a very memorable character. We know that he’s friendly with Cassian, and that he’s among the soldiers who fight in the film’s final battle, but he’s essentially a background player.

This leaves plenty of room for Andor to flesh him out as an established figure in Cassian’s story, driving home the idea that Rebel heroes can come from anywhere. Melshi didn’t just materialize with a natural desire to die for a greater cause. And if he’s going to become Cassian’s friend, it makes a lot more sense for him to start out with a more cynical mindset, giving him and Cassian a shared outlook on life.