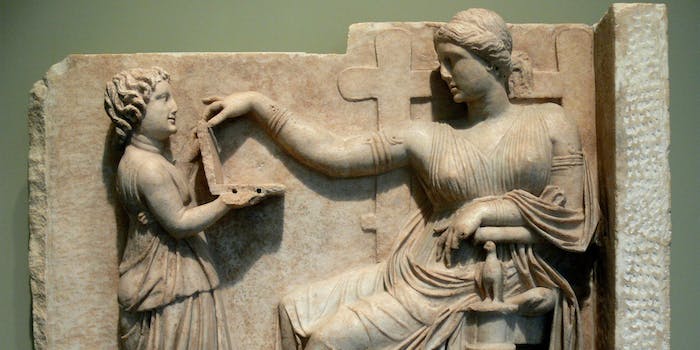 This laptop would be even older than your mom's Dell.

We all know that the ancient Greeks believed in the mystical gods of Mount Olympus, but could they have had the power to peek into the future as well?

The Internet has been pondering this question thanks to a Daily Mail story about conspiracy theorists’ claims that a Greek statue depicts a woman using a laptop computer. The artwork, which dates back to 100 BC, appears on a grave marker preserved at the J. Paul Getty Museum in Malibu, California.

The Daily Mail cited a YouTube video—uploaded by someone who regularly discusses things like the Illuminati on their channel—suggesting that the Oracle of Delphi might have predicted laptops and passed that information along to the Greeks of that time period. Thus, the thinking goes, the futuristic wonder-gadget ended up on the ancient statue. 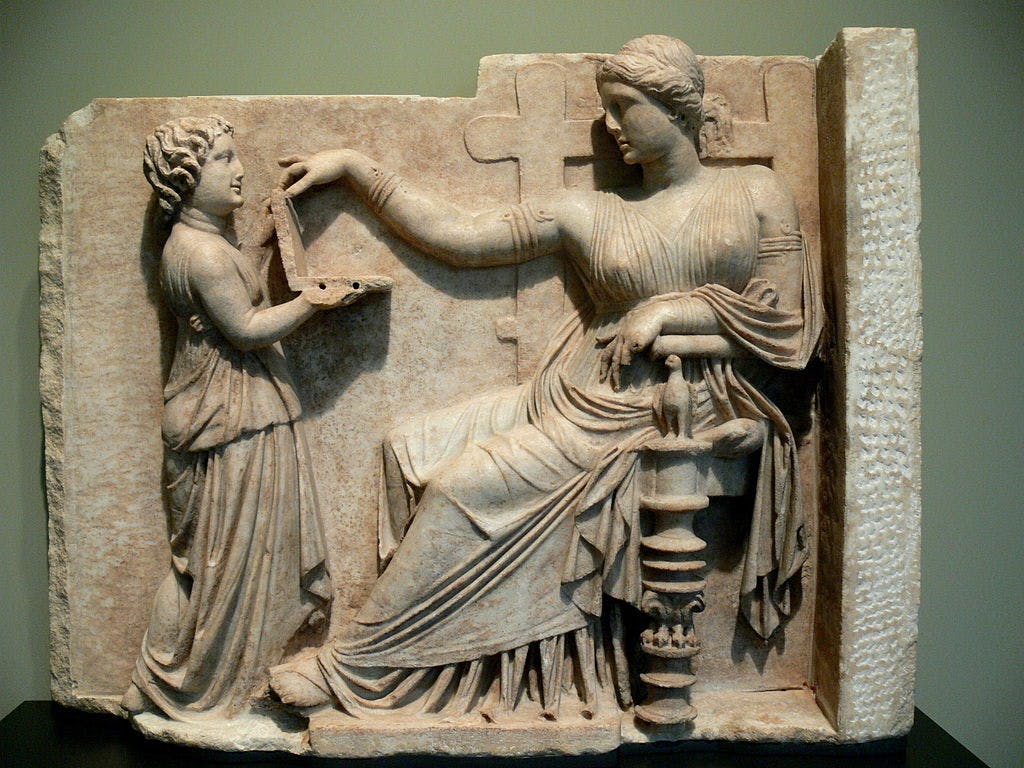 It definitely looks like the sitting woman is using something like a Macbook. But Forbes’ Kristina Killgrove offered convincing thoughts about the identity of the alleged computer. As she noted, many scholars believe that the object is shallow chest or jewelry box. It could also be a wax tablet, which we frequently find in pieces of Greek art.

This isn’t the first time that something from history has looked like it was out of its time period. Earlier this year, there was quite the ruckus over whether or not aliens left a cell phone on Earth 800 years ago.

And while all rational signs—along with Killgrove’s ideas—point to the object not being a laptop, we can’t help but wonder what people from this time period would do with this sort of technology. So we’ve cooked up some ideas: