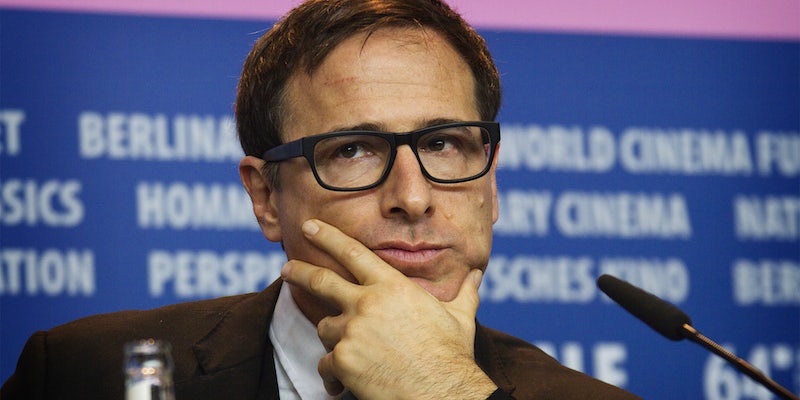 It's not the first time it's resurfaced.

Starring Christian Bale, Margot Robbie, and John David Washington and an all-star cast that includes Taylor Swift, Amsterdam has the star power and the potential to be a big awards season contender. Given that Amsterdam is director David O. Russell’s first feature film in seven years—his last was 2015’s Joy starring Jennifer Lawrence—the fervor around the trailer, released on Wednesday, was especially high.

But amid all of the excitement around the trailer, some are using Russell’s visibility to highlight and raise awareness about Russell’s alleged conduct on and off the set.

One of the most serious allegations stems from a 2012 complaint filed by Russell’s transgender niece, who said that Russell groped her at a gym in Florida. At the time, Russell, who confirmed the story, mentioned to police that his niece was “acting very provocative toward him” and later said, through his spokesperson, that he “emphatically denies any wrongdoing.”

The case was eventually closed without charges ever being filed against Russell.

This incident has resurfaced a number of times through the years, such as when it was mentioned off-hand in an email found in the Sony hack in 2014 and in the early days of the Me Too movement. A 2021 Daily Beast article, published shortly after Taylor Swift joined the cast, asked why Russell had never faced any consequences for the alleged assault, which led to another round of relitigation.

Other instances of Russell’s misconduct on the set of his films surfaced as well, thanks to screenshots from on-the-record interviews with some of the actors he’s worked with over the years, including Lily Tomlin (who’s since made up with Russell), as well as a fellow director.

George Clooney, who starred in Russell’s Three Kings, described incidents where he saw Russell verbally berating crew members and getting physical with them, which later led to Russell getting in Clooney’s face when Clooney confronted him about it. In an interview with Playboy published in 2000, Clooney called working on the film “was truly, without exception, the worst experience of my life.”

His alleged conduct also came up in a Sony email released as part of the hacks, including emotionally abusing Amy Adams on the set of American Hustle, a story that Adams would later confirm.

On TikTok, videos highlighted some of these stories in the wake of the new trailer with text captions as well as screenshots of older articles about previous incidents with some urging people not to see Amsterdam.

But like on Twitter, the trailer is far from the first time TikToks have mentioned the issues around Russell; they popped up both with casting announcements and the emergence of on-set photos.

Amsterdam is set to be released on Nov. 4, and chances are, this won’t be the last time discussions around Russell emerge.