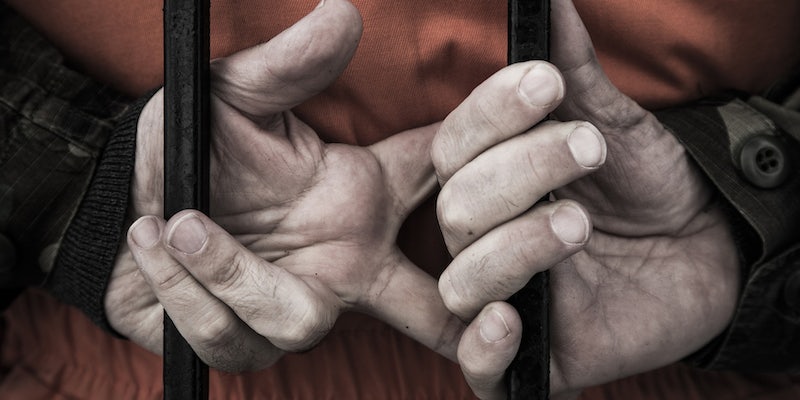 9 reasons we don’t care about torture

59 percent of Americans aren't opposed to torture. What happened to our conscience?

In the wake of the release of the Executive Summary of the Senate Select Committee on Intelligence’s Committee Study of the Central Intelligence Agency’s Detention and Interrogation Program, the media have been picking through the disturbing data documenting the full extent of abuse endured by suspected terrorists in U.S. custody. There’s a reason the shorthand for the document is the “torture report,” and it’s not just because the official name is a mouthful.

Yet Americans overall seem largely indifferent to the disturbing findings in the report, and some, like former Bush spokeswoman Nicole Wallace, think that torture is what makes America great.

Why, given the information in the report, do 59 percent of Americans think that CIA interrogation tactics are justified? An alarming people in the United States either don’t care about torture—or, worse, think it’s OK.

The “torture works” argument is frequently trotted out to justify abuses of civil rights, on the grounds that while starving people, refusing to allow them to sleep, physically abusing them, and psychologically terrorizing them is cruel, it gets results. Those who support the actions detailed in the torture report argue that they provided valuable intelligence that helped the government prevent attacks and obtain key information.

There are several problems with this argument, starting with the numerous studies showing that torture does not, in fact, work. At all. In fact, torture may actually increase the risk that a subject will provide inaccurate information as fear, pain, and stress cause a cascade of neurochemical reactions.

Furthermore, the Obama Administration as well as other authorities have declined to provide information about terror attacks and other events that were prevented through the use of torture, and they also haven’t offered up information about material obtained through torture. You can’t prove a negative. While one might argue that such information can’t be disclosed for national security reasons, it still doesn’t look good for torture fans.

2) Pop culture has desensitized us to torture

Torture plays a large role in media and pop culture. It’s a routine presence in police shows, where suspects and persons of interest are “roughed up a bit” in order to speed things along, with viewers not understanding that the kind of torture involved in terrorist interrogations is much more aggressive. Furthermore, as Robin Kirk points out at the Daily Dose, “In shows like 24, Alias, and Lost, heroes tortured dark-skinned suspects in brutal—and always effective—ways. 24’s grim-faced operative Jack Bauer became a virtual engine of torture, injecting suspects with chemicals, applying electric shock, shooting a man in the kneecap, and breaking many bones.”

Today, if you turn on the television or tune into a thriller, you’re likely to encounter heroic white intelligence officers and police abusing brown people in the name of public safety. In that pop culture landscape, it’s easy to see why people might start becoming inured to torture. Writing for the New Yorker, Jane Mayer says, “Before the attacks, fewer than four acts of torture appeared on prime-time television each year, according to Human Rights First, a nonprofit organization. Now there are more than a hundred, and, as David Danzig, a project director at Human Rights First, noted, ‘the torturers have changed. It used to be almost exclusively the villains who tortured. Today, torture is often perpetrated by the heroes.’”

It’s also disturbingly violent, so perhaps it’s not surprising that people encountering descriptions of actual torture still associate it with entertainment, not real people; torture has become almost cartoonish in nature, much like other kinds of violence.

The timing of the torture report couldn’t be better. While the decision to release it was made months ago, the decision on when to release it was clearly calculated. December makes an excellent dumping ground for news that politicians want to see buried in the news cycle. The holidays tend to muffle news coverage, with the public traveling while media outlets focus on fluff—because they know people won’t be interested in more hard-hitting, depressing news. By January, the torture report may have lost its place in the news cycle, with many Americans not even aware that it was trending in the first place.

Even those who’ve heard of the torture report and are at least loosely following it may not have had time to read it in detail. Their opportunities for reading summaries and discussions are also limited. Consequently, the December timing means that the torture report is likely to slip quietly below the waves without comment from the public.

If you haven’t read the report, you might not understand the full scope of what the CIA and contractors did to people in their custody. Or you might feel like redefining “torture,” as some conservatives did. The idea of “torture” might conjure up the idea of some light beatings, a day or two of food deprivation, or some time in solitary (all torture, but activities some people seem to think aren’t, and are in fact justified to get information), but this report details much more horrific activities. Torture victims were sodomized, nearly drowned, electrocuted, and subjected to ever more creative torments. They weren’t just “humiliated,” as some conservatives suggest.

If we want to get into a Kafkaesque debate over torture-torture versus your garden variety torture (if such a distinction even exists), this particular report falls firmly on the side of the torture-torture spectrum. It doesn’t matter if terrorist groups have done worse: Torture is torture. Moreover, as Dean Obeidallah points out at the Daily Beast, if we’re comparing ourselves to ISIS, we’ve already lost.

5) They were terrorists, not people

Dehumanizing language is often used about enemies during wartime and beyond, as nations attempt to justify past crimes. In this case, people responding to the torture report think of the victims as terrorists first, not people, and it’s not surprising that many responses refer to them as “animals” or “scum” rather than human beings. Their interrogators, meanwhile, are “heroes.” By setting suspected terrorists one step apart from humans, people can distance themselves from the reality of torture.

6) This is our past, not our present

Revelations of shocking civil and human rights abuses can be emotionally troubling as people struggle with their own complicity. With the torture report, Americans don’t want to think about what was done in their name and what they might have done to stop it. One way to cope with it is to place these acts firmly in the past; the torture report documents a previous era, not the realities we live with today, so it doesn’t need to be confronted.

This approach to the report puts another layer of distance between the findings and reality, assuring readers that torture is more of a distant concept than a present issue; water under the bridge, putting the past behind us, and moving forward are the American way.

7) If we think torturing terrorists is bad, what about the prison system?

Facing up to the findings of the torture report, and labeling them as torture, also requires taking a look at the prison system, as Jamelle Bouie points out at Slate. Many of the same activities documented in the torture report, including beating people, denying medical care, isolating them, refusing to allow people to sleep, and permitting or enacting rapes, occur in the prison system on a daily basis across the United States. If readers admit that these actions are torture and that they are morally bankrupt, they also need to challenge the prison system.

Many Americans support incarceration and believe that prisons serve a vital public role by protecting members of the public from criminals. For those who believe that American lives have more value than those of foreigners, it might be acceptable to torture suspected terrorists, but what about American citizens behind bars? If we define the acts described in the torture report as torture, we have to apply the same definition to the prison system, and that’s not a step some are willing to take.

8) The hue of your victims matters

One key, and inescapable, issue with the torture report is that the victims described weren’t white. It’s impossible to examine the report honestly and accurately without noting that the hue of the victims matters. The United States would be unlikely to use these kinds of tactics on, for example, white Europeans believed to be involved in terrorism, and if it did, the outcry would be swift.

After the terrorist attacks of 2001 on the Pentagon and World Trade Center, Middle Easterners became enemies in the eye of the American public. For the public, torture seems to be a natural extension of law enforcement activities—and possibly even a fit punishment for anyone who might have been involved in the attacks.

9) Torture has been turned into a political football

Instead of being a fundamental human rights issue, torture has been turned into a polarized political one, split along Democratic and Republican grounds. Liberals are condemned for condemning torture and speaking out about the report, while conservatives stand behind torture, arguing that it gets results and the United States should not be held accountable for defending itself. Those who step out of line are subject to withering commentary from members of their own parties.

John McCain, for example, displayed his moderate Republican side when he noted that he supported the findings and believes that torture is inappropriate. His conservative colleagues were not impressed, chastising him for expressing his views on the subject.

Turning torture into an abstract political issue, rather than a real world one, has created a gauzy veil between citizens and the victims of torture. Thanks to how partisan it has become, It’s easy to turn torture into a series of rhetorical sound bites, while forgetting that real people in real places suffered, and continue to suffer, at the hands of interrogators.