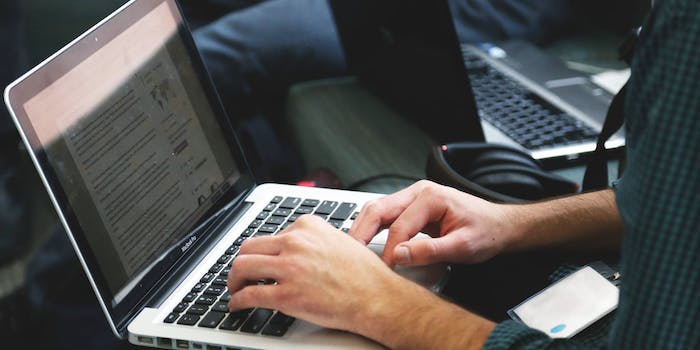 Should American workers have the ‘right to disconnect’?

Do we really want the government to decide how stressed out we should be?

For people across the world, the ding of an email from an employer or client can often feel like a master’s voice calling them into servitude, but France’s workforce has decided to unleash themselves.

According to a new French law passed this week, after-hour emails from your employer are now illegal. The country famous for its liberal family leave and vacation policies—and its riotous labor unions—has banned the practice in a bid to restrict employers who, as one French politician put it, “colonize the life of the individual to the point where he or she eventually breaks down.”

This freedom from work even has a new name—the right to disconnect.

Work is certainly stressful for most people. The American Institute of Stress cites work as the largest single source of stress for the average American. As a public health initiative, such bans like that passed in France would fit well in most modern economies. But the battle for and against workplace emails centers less on worker rights and more on something far more abstract—the ability of any one person to succumb to a certain amount of stress from their work, and whether people really are good judges of how much work they can and should do.

Which isn’t such a unique debate—stress is what we talk about when we discuss overtime pay, for example, which the Obama administration made mandatory for millions more workers just last week. It’s also the key factor in conversations about paid family leave, a topic on which the U.S. ranks behind nearly every other Western democracy. Hour divisions, mandated breaks, and many of the other workplace factors included in the Fair Labor Standards Act exist to manage and handle stress. As the Centers for Disease Control puts it, workplace stress is a public issue that “poses a threat to the health of workers and, in turn, to the health of organizations.”

The newfound attachment employers might feel to their smartphone-equipped employees, however, presents a unique problem. After-hours contact by an employer make it more difficult for employees to freely pursue the very things that reduce stress—fulfilling hobbies, time spent with family or friends, or simply relaxing doing not much at all.

Our relationship with that level of availability is a bit more mixed than one might assume.

Technology is supposed to free up our time by making us more productive when we do work, but instead it’s simply created more hours in the day during which even more can be demanded of us.

But our relationship with that level of availability is a bit more mixed than one might assume. A Gallup study found the vast majority of American workers (79 percent) think their ability to work after normal hours on their smartphone or computer has a positive effect.

And it’s true—the ability to work at home can often make the work day feel less crowded and, therefore, less stressful. But as Gallup notes, people are generally very poor at rating their own level of stress and even worse at determining where that stress comes from. As the study’s authors note, it’s likely we’re responding to the sense of status when we report positive emotions surrounding our work—even if the constancy of said work is actually making our lives worse.

Multiple studies, including a separate one by Gallup, confirm that workers who are expected to be available through mobile technology by their employer report significantly more stress in their life despite crediting their after-hours work with increased quality of life. This is an instance of the divide between what social scientists call the  “experiencing self” and the “evaluating self.” People with higher incomes, for example report being made happier by their increased wealth but are actually more miserable than those earning less. Most parents, especially new ones, will report being very happy about their children. But study after study finds children typically make a parent’s life worse, not better, in the workforce by any meaningful measure.

“In other words,” writes Gallup, “the ‘evaluating self’ disagrees with the ‘experiencing self.’ The evaluating self probably says life is better because we have the flexibility to check email when we want, while the experiencing self feels the stress associated with the extra work, pressure, or guilt during our after-hours working time.”

This makes after-hours emails a surprisingly complex topic for regulation in the United States.

If the goal is reduced stress, as it is with the new French law, then salut—a source of stress has been removed. But in the United States, where close regulation by the federal government is often met with more skepticism than the French, it’s a more abstract problem.

Americans often allow themselves to be more defined by their work than the French.

Though high levels of stress are horrendous for your physical health, the largely mental existence of it makes stressors far more difficult things to regulate against than, say, carcinogens or toxins. It can easily be explained that smoking cigarettes, drinking lead-tainted water, or eating fatty foods does bad things to the body. We get that something that gives us momentary pleasure could actively be making us sick.

But Americans generally don’t respond well to being told something that makes them happy is actually just making them miserable.

Work culture in France is far different than in the United States. Americans often allow themselves to be more defined by their work than the French, who regularly hold massive protests to maintain and strengthen the border between personal and professional life. Such a division doesn’t, in fact make the French less productive, they’re actually quite competitive with the U.S. on most measures of productivity. The only thing keeping Americans in line with our increased availability is our insistence on letting our work define us—even to the point of believing we’re happy with more of it.