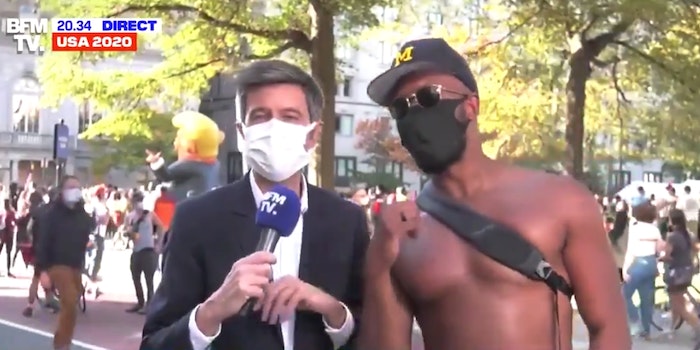 The reporter couldn't even hold back his laughter.

Americans have been taking to the streets since Saturday morning to celebrate what is expected to be a win for Joe Biden in the presidential election. And the whole world is looking on, with many leaders and citizens offering up their congratulations on the incoming change demanded by voters.