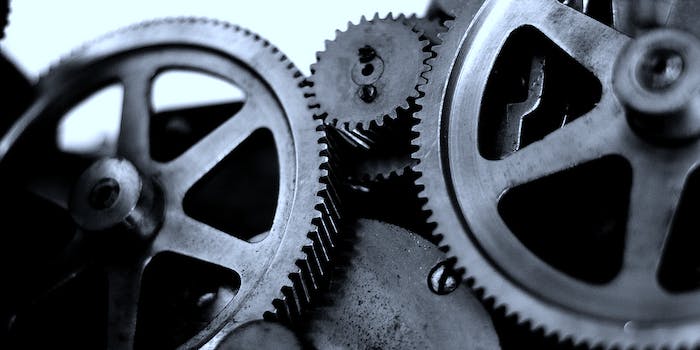 The one thing Amazon Video has that Netflix doesn’t

You can have your Netflix and Chill. I'll take my Amazon Video to go.

Everyone may know the name Netflix and may Hulu have an impressive library TV show, but cord-cutters might want to pay closer attention to Amazon.

Amazon’s service debuted all the way back in 2006—two years before Netflix and one year before Hulu. However, in the Pepsi vs. Coke battle between two streaming giants, Amazon has always been Dr. Pepper. Netflix is so popular with millennials it became it’s own inescapable meme, while watching recent episodes of shows like Fresh Off the Boat and Scandal on Hulu are how many TV viewers keep up with the daunting options offered by the digital streaming revolution. It might be fun to vote on the service’s new crop of pilots, but other than greenlighting the next Transparent, what does Amazon Video offer that Netflix or Hulu doesn’t?

Amazon has one important feature that puts it miles ahead in the streaming race: the ability to download movies and TV shows to your phone. It’s far from a meaningless distinction. The 48-hour offline viewing window Amazon offers is an important reflection of the changing ways in which we consume entertainment. Netflix and Hulu offer TV viewers a way to liberate themselves from the burden of Comcast, but Amazon Video heralds the end of the living room as we know it.

According to an estimate from the New York City comptroller, area residents spend six hours a week commuting to their jobs in the city; most of that time is spent underground on a crowded subway train with spotty cellular reception. That estimate doesn’t take into account the massive amount of time New Yorkers spend on public transit when we’re not traveling to work—whether that’s going to see friends in Bushwick or trekking to Park Slope on a Sunday morning to brave the baby brunch crowds.

The 48-hour offline viewing window Amazon offers is an important reflection of the changing ways in which we consume entertainment.

If you’re spending two hours a day (if not more) on the train just to live your life, that 14 hours is a lot of time spent blankly staring off into space while a drunk woman unsuccessfully tries to hold back vomit. Although nearly every Instagram account suggests that this is a perfect opportunity to get caught up on your reading (especially if you’re an attractive male), a loud train environment can be distracting and make it difficult to concentrate. While many train riders might favor Spotify in such cases, a music streaming platform that has likewise embraced downloads, Amazon Video gives you a perfect opportunity to get caught up on the 10,000 TV shows you’re watching—or even start something new.

In my day-to-day life, I just don’t have the time to binge all the new shows TV evangelists say I’m supposed to be obsessed with. (Hell, I haven’t even finished Lost yet.) But I recently started watching The Good Wife, the CBS legal drama long hailed by critics as the best show on network TV, based on my best friend’s recommendation. I quickly got addicted, but I’m not home enough to realistically get caught up on six and a half seasons of Julianna Marguiles gazing into the middle distance; it comes out to 102 hours of television—and counting—and l’d likely finish on my death bed. To make better time, I started purchasing episodes on iTunes, which is a very expensive habit. Finally making the switch to Amazon Video saved me $200.

What I like about Amazon Prime, though, is that in addition to the free TV content the service offers (broadcast shows like Girls and Hannibal or its impressive slate of original programming, which includes the upcoming The Man in the High Castle), you can also download rentals on the platform. That might seem like an outdated model in the post-Blockbuster era, but it will prove necessary for consumers interested in film, as brands like Netflix go all in on original content. In July, the platform chose not to renew its deal with Epix, a partnership that brought movies from Paramount, MGM, and Lionsgate to the site. “Our focus has shifted to provide great movies and TV series for our members that are exclusive to Netflix,” the company said in a press release.

If Amazon Video heralds the end of the living room, it’s also a glimpse at the future of streaming itself.

Hulu has picked up the slack, quickly snatching up The Hunger Games for its Plus service. And the company has long made its mark on the film world: Although Hulu is primarily known for TV, its 2011 deal to acquire the entire Criterion Collection on the platform is invaluable to the future of film preservation. But the site still faces an insurmountable task in catching up with Amazon Video’s offerings—especially when it comes to the classics. If I want to watch Casablanca, I can pay $2.99 and download it for 48 hours on my phone—or I can throw down $9.99 and have one of the greatest movies ever made forever at my fingertips. On Hulu, I have to settle for the Marx Brothers’ A Night in Casablanca, which isn’t even close to the same thing. (And for what it’s worth, it’s not one of the comedy troupe’s better outings.)

Streaming services have long failed to give the Golden Era of Hollywood the same accessibility they give to TV’s Golden Age, but that may be changing. The announcement of YouTube Red promises an ad-free service for those who visit the video platform, but it—like Amazon Video—allows users offline viewing. One of the great things about YouTube is that it’s long housed early cinematic landmarks in the public domain—like Buster Keaton’s The General or F.W Murnau’s Sunrise: A Song of Two Humans. With YouTube Red, you can now watch them whenever you want, even while you’re stuck waiting for a G train that never comes.

But you don’t have to be a classic film buff or a TV diehard to appreciate the subtle pleasures of the Amazon Video model—more viewing options and greater selection (sometimes for a small fee). Services like Hulu and Netflix have long promised greater freedom for consumers in a television landscape too often dictated by the monopolistic practices of cable providers, but in the push to win the streaming war, they’re beginning to look a lot like what we were supposed to be leaving behind. While Amazon Video might never be the Coke of video platforms, its quiet success is a reminder that Dr. Pepper tastes pretty damn good, too.

Nico Lang is a Meryl Streep enthusiast, critic, and essayist. You can read his work on Salon, Rolling Stone, and the Guardian. He’s also the author of The Young People Who Traverse Dimensions and the co-editor of the best-selling BOYS anthology series.