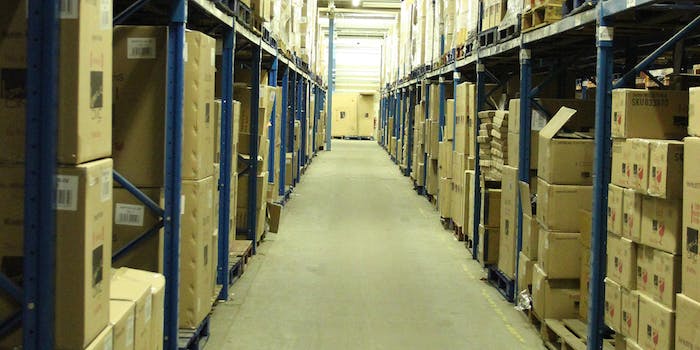 David Topkin allegedly wrote an algorithm and code to fix the prices of posters on Amazon.

A judge has slapped a former Art.com programmer with a $20,000 fine for illegal price-fixing on Amazon.

The case stems from a conspiracy allegedly involving a cadre of poster and art sellers on Amazon Marketplace who wanted to illegally raise the price of posters, prints, and art on the massive e-commerce website.

David Topkins, the programmer who allegedly wrote the algorithm and code to fix the prices of posters, faced possible prison time for violating the Sherman Act, but he agreed to plead guilty to one felony count of price-fixing to knock the punishment down to a fine.

The charges against Topkins are the first of their kind to target e-commerce, according to the U.S Department of Justice.

“Today’s announcement represents the division’s first criminal prosecution against a conspiracy specifically targeting e-commerce,” Assistant Attorney General Bill Baer of the Department of Justice’s Antitrust Division said in a statement. “We will not tolerate anticompetitive conduct, whether it occurs in a smoke-filled room or over the Internet using complex pricing algorithms. American consumers have the right to a free and fair marketplace online, as well as in brick and mortar businesses.”

Topkins, a former employee of Art.com, was the only person named on the complaint. However, the charges allege that unnamed other individuals and corporations participated in the conspiracy and worked to illegally raise prices across Amazon. Authorities say the scheme ran from September 2013 to January 2014.

Last year, Topkins was fired for illegal activity that Art.com alleged put the company at risk. After being fired, Topkins and several business partners sued Art.com for allegedly illegally stealing databases from Gotham City Online, an online shoe retailer, for which Topkins serves as president.

Topkins and the coconspirators aimed to “fix, increase, maintain, and stabilize prices” of the posters by agreeing “to adopt specific pricing algorithms for the agreed-upon posters with the goal of coordinating changes in their respective prices,” according to the DOJ. “Topkins wrote computer that instructed Company A’s [believed to be Art.com] algorithm-based software to set prices,” according to the conspiracy.”

Art.com did not respond to a request for comment on this story.