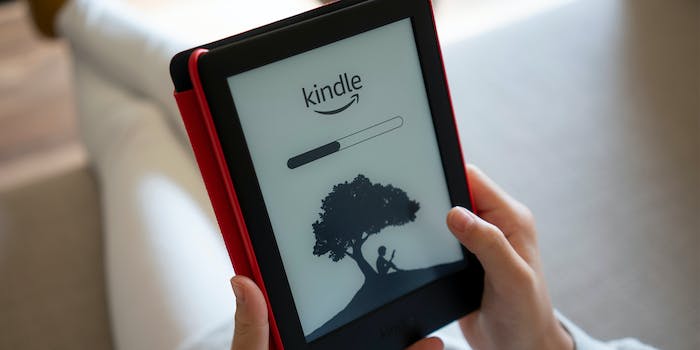 Are people returning e-books because of TikTok?

According to some authors, Amazon charges them for e-book returns.

Months after taking over BookTok, a discussion on the ethics of returning ebooks has reemerged as authors on Twitter highlight how Amazon’s Kindle return policy ends up costing them.

According to Amazon’s Kindle return policy, you can “cancel an accidental book order within seven days.” While accidental purchases do occur—for example, if a child or a pet clicks on a book by accident or you purchase the wrong book with a very common title—several authors said that some people are reading the book in full before turning them to Amazon. Customers will get their money back, but authors will be charged a fee to have that book restocked.

In one viral tweet about the uptick in returns, author Lisa Kessler said that enough of her books have been returned recently that she now owes Amazon money. Another, posted by author K. Bromberg, highlighted the practice and pointed to TikTok as one of the reasons behind the upsurge.

When asked for clarification, Kessler explained that Amazon “come[s] back to recollect our royalties with every return.”

Posting through the Indie Book Spotlight Twitter, which highlights self-published authors and smaller publications, Rebecca Crunden posted a screenshot of what her royalties look like after someone returned one of her e-books; the number in the negative.

“Noticing an uptick of returned e-books to Amazon, after virtually none for 2 years,” author Chad Ryan wrote. “If peeps on TikTok are telling you it’s cool to treat any bookstore like it’s a library, you’re being misled. Amazon doesn’t care. You’re hurting authors; especially the little, indie ones like me.”

The conversation also made its way over to TikTok as some creators sided with the authors.

For authors and readers who are calling out Amazon’s policies, the issue with people abusing Amazon’s Kindle return policies is not with legitimate errors in purchase but rather that they’re treating Kindle books as they would library books. It’s even more egregious to them when other options to borrow books such as Amazon Unlimited (a monthly subscription service that lets users borrow and return books) or public libraries (many of which have an e-book component for card holders) are available for people to use. In both cases, authors aren’t penalized when customers return books; for example, Amazon Unlimited pays authors royalties based on the number of pages read.

It’s not immediately clear if new videos about returning e-books in the form of a “Kindle hack” were being spread around, but it was the subject of discussion on BookTok several months back as a debate over whether returning a fully read Kindle book could be considered “stealing.” Some who think the claim is nonsense compare returning a book you don’t like to returning a top that doesn’t fit or being comped for a meal when you find a bug in your food.

@mckenseareads words have meaning and returning something is NOT stealing. Just because you don’t like it doesn’t mean it’s stealing 🤦🏻‍♀️ #booktok #returningbooks ♬ original sound – mckensea 🐳

Others offered a more nuanced discussion, noting that even if returning e-books you’ve read wasn’t considered stealing, it was still something of a faux pas.

“Is it illegal to return a book? No,” Emily Hemenway said. “Should you return a finished book? As a famous bowler would say, it’s not wrong, you’re just an asshole.”

The discussion also reemerged in late April, but as TikToker @emmaskies noted, most of the videos about returning e-books were about the discourse, not about the hacks themselves.

A Change.org petition calling for Amazon to change its Kindle return policy to protect authors has been signed more than 55,000 times since it was first launched in April.

“When you have read the book, you CONSUMED the product,” the petition reads. “Returning a book after reading 10-20% is one thing. But when the book has been read in [its] entirety it should not be allowed to be returned. End of discussion.”

Update 10:24am CT, June 7: In a statement provided to the Daily Dot, an Amazon spokesperson said that Amazon had policies set up to stop customers from abusing the return policy for e-books.

“Amazon aims to provide the best possible experience for customers and authors,” the spokesperson said. “We have policies and mechanisms in place to prevent our ebooks returns policy from being abused. We’re always listening to feedback and we investigate any concerns we receive.”