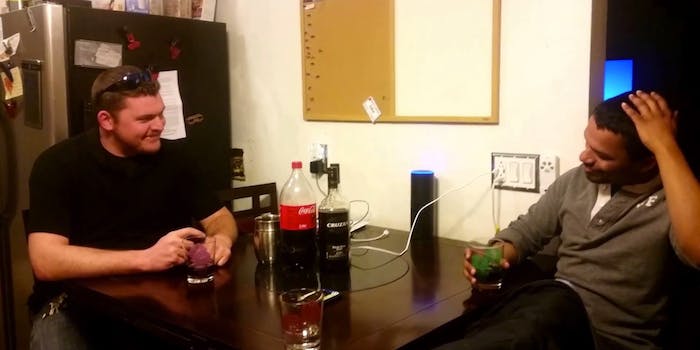 Two bros got an Amazon Echo to talk dirty to them

It wasn't what they were expecting

Just as Siri quickly became a resource for discreet body-disposal venues, the Amazon Echo is now experience its fair share of torment.

Amazon’s cylindrical robotic assistant lets people look up information, get news, and even stream online content, but two Echo owners were much more interested in using the device for sensual purposes.

Was this what they were expecting? Probably not, but it was all that Echo had to offer. In any event, the task had a happy ending, so the two jokesters can’t really complain.