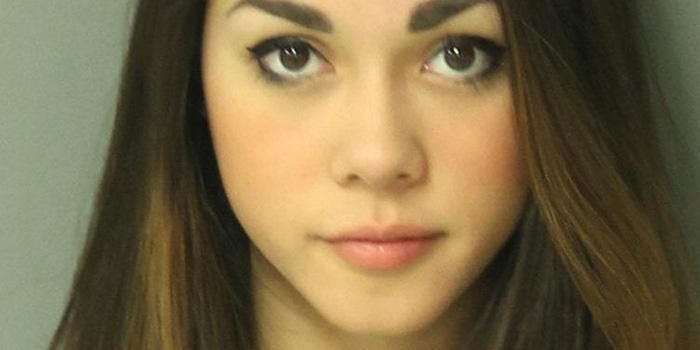 There's a new Fine Felon in town, and her name is Alysa Bathrick.

Remember Jeremy Meeks, a.k.a. the Fine Felon, the man whose smoldering mugshot launched a thousand midday panty changes? Well, there’s a new #PrisonBae in town—except this one’s a lady, and she’s really, really good at Twitter.

Meet Alysa Suguro Bathrick, an 18-year-old woman from Raleigh, N.C., who was recently arrested and charged with “possession with intent to sell, manufacture and/or distribute a Schedule IV controlled substance.”

Or as she put it when she tweeted Dec. 1:

But Alysa’s Xanax habit is not half as badass as what she tweeted immediately after she was released from police custody: 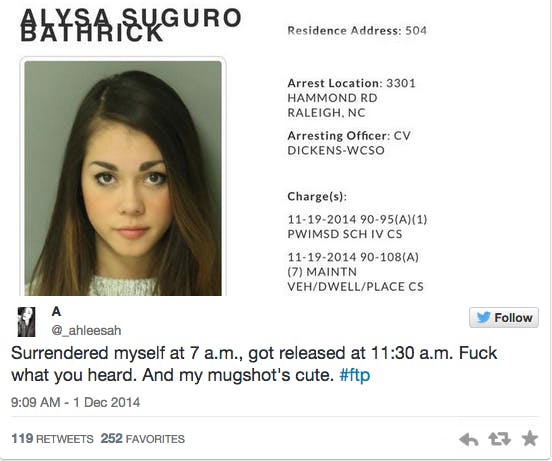 Forgiving, generous spirits that they are, Bathrick’s male Twitter followers were able to overlook the fact that she’s an accused drug dealer (albeit an extremely photogenic accused drug dealer). So after seeing her mugshot, they began coming on to her like nobody’s business: 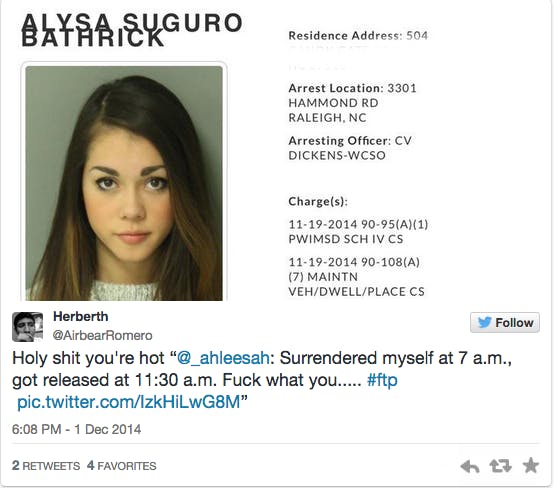 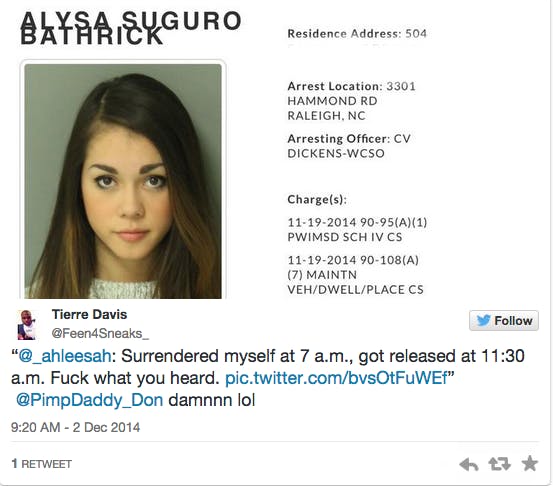 Bathrick seems to be enjoying her newfound fame, if her flirtatious tweets back at her “fans” are any indication.

I’m not one to begrudge a newly minted Internet celebrity her success, so Alysa, if you’re reading this, I’d like to congratulate you, and leave you with one small word of advice: Girl, the next time you get busted for selling prescription anxiety meds, do yourself a favor and get your hair did first, ’cause those ombre highlights are doing nothing for you. (Your eyebrow game, however, is on fleek.)

Update 11:58pm CT, Dec. 3: An original version of this post misidentified Xanax as a painkiller. It is an anti-anxiety medicine.