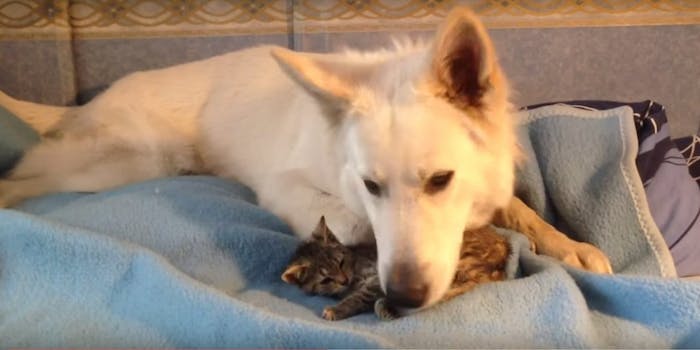 Nothing is cuter than gigantic dogs making friends with tiny, tiny kittens.

When this YouTube user came across a tiny stray kitten on their doorstep, they had to adopt it. But would that kitty get along well with Alto, their dog?

As it turned out, there was no need to worry. Alto and the kitten, now named Apache, are already the best of friends.

We already know that there’s nothing cuter than big, fearsome-looking dogs making friends with tiny animals, but can you even handle Alto taking care of Apache while the kitten looks supremely unbothered by the whole experience?

For a baby stray, Apache is surprisingly chill about being licked by giant animals. Kitten/dog friendship forever.