Somebody bought alternativefacts.com and redirected it to the perfect place

Is alternative facts just another form of gaslighting?

When Kellyanne Conway introduced the term “alternative facts” into the public lexicon last week, the Donald Trump adviser was roasted by Merriam-Webster’s Twitter account. Meanwhile, plenty of people immediately ordered themselves a copy of 1984.

Naturally, there’s already an alternativefacts.com website. But if you’re a Trump supporter, you might not want to click on the link. Because it redirects you here. 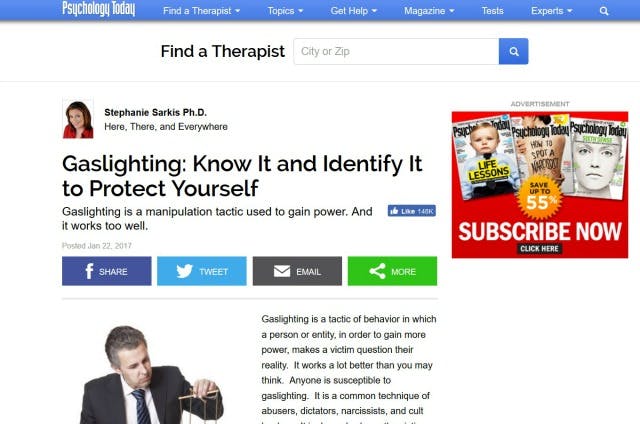 Psychology Today explains that gaslighting is “a tactic of behavior in which a person or entity, in order to gain more power, makes a victim question their reality …  It is a common technique of abusers, dictators, narcissists, and cult leaders.” It was also the subject of a viral Teen Vogue essay about Donald Trump.

As Dr. Stephanie Sarkis writes, people who gaslight tell “blatant lies,” deny they said something when there’s proof they did, and try to wear you down over time.

The alternativefacts.com domain name reportedly was bought last Sunday, the same day Conway said that Press Secretary Sean Spicer was using alternative facts to insist wrongly that the size of the inauguration crowd was the biggest in history.