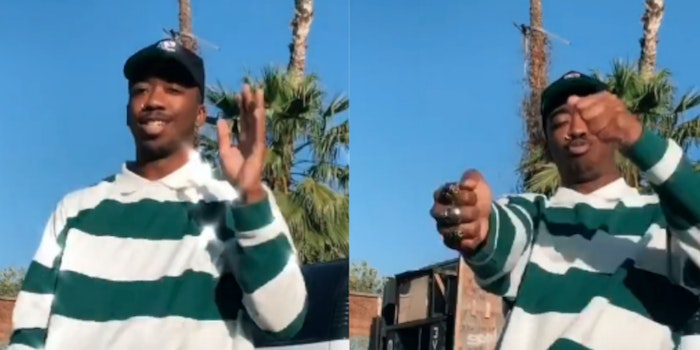 ‘All About Cake’ is a TikTok dance and not actually cake

May you live in interesting cake times.

We’re now suspicious that literally anything can be cake. But on TikTok, a cake dance preceded our collective paranoia and exhaustion.