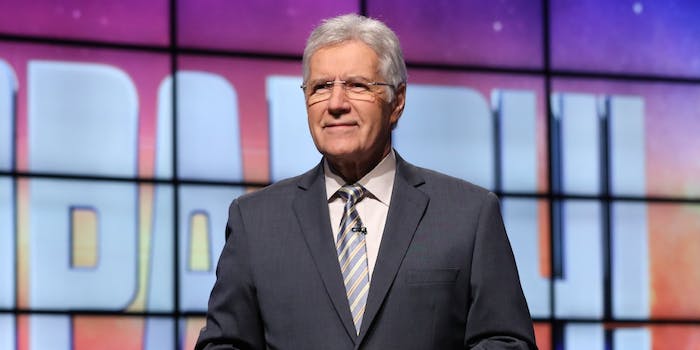 Tributes for the icon are pouring in online.

Alex Trebek, the beloved host of the iconic television game show Jeopardy!, has died at the age of 80.

The Canadian-born personality, who hosted the massively popular show since 1984, passed away at his home following his battle with stage 4 pancreatic cancer.

“Jeopardy! is saddened to share that Alex Trebek passed away peacefully at home early this morning, surrounded by family and friends,” the show’s Twitter account said. “Thank you, Alex.”

The host revealed his diagnosis in March of 2019 but opted to continue filming the show despite undergoing chemotherapy.

Fans of the show reacted to the devastating news by sending their well-wishes to Trebek’s family and remarking on the host’s impact on their lives.

“This one’s tough. Grew up watching with my family, now with my wife – even went to a taping a few years ago,” popular YouTuber jacksfilms wrote. “Trebek made it look easy, and it’s impossible to imagine anyone else at the helm.”

Trebek got his start in 1961 as a news broadcaster with the Canadian Broadcasting Corporation and hosted numerous game shows in the U.S. before landing the role of Jeopardy! host.