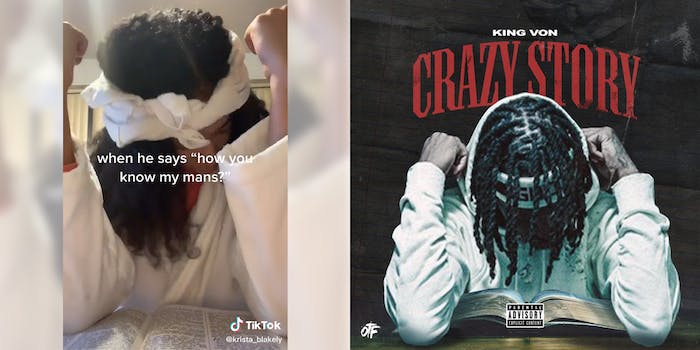 These album cover recreations on TikTok have great timing

People are recreating album covers at an alarming rate.

Recreating albums covers is nothing new, but a trend on TikTok is punching it up.

The album cover challenge takes a premise and then adds an album cover recreation or song title to drive the punchline home. A majority of the videos are scored by creator @.arjunn’s remix of the Dave Brubeck Quartet’s “Kathy’s Waltz,” yet another example of an old song being revived on TikTok.

But some of these recreations are a little too real right now.