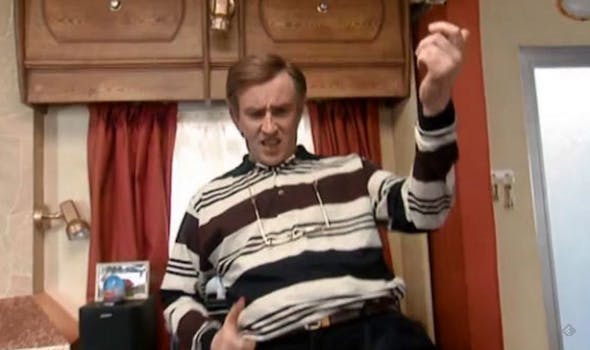 How long can you watch this perfect Daft Punk mashup?

Turns out Daft Punk's new single, "Get Lucky," syncs perfectly with a clip from the BBC's I Am Alan Partridge.

In case that catchy, new Daft Punk song “Get Lucky” isn’t already burned into your brain (thanks, Nile Rodgers!), some genius looped it with a clip of actor Steve Coogan noodling on the air guitar as his alter-ego Alan Partridge.

Why? No reason other than it’s actually perfect. Partridge, a socially awkward character that Coogan brought to life for a hilarious BBC series called I Am Alan Partridge, syncs up incredibly well with the instrumental rhythm of “Get Lucky.”

In the vein of Drunk Ron Swanson on an infinite loop, a clip of a TV character dancing is given its own website and set to music. In this case, it really does look like Partridge, a blowhard fictional TV and radio presenter, is nailing Rodgers’ guitar riff.

The site, Partridge Gets Lucky, already has 27,000 Facebook likes. A one-hour YouTube loop connected to the site has 31,000 views after being up for just three days. Who knows how many of those are just one person watching over and over again? (It’s me. All the views are me.)

And yes, someone has already made Drunk Ron Swanson dance to Daft Punk. Don’t ever doubt the Internet.