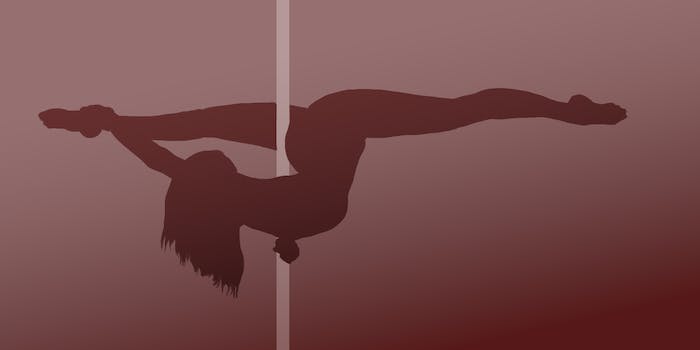 The South just fell again. And if lawmakers have their way, so will the sex drives deep down in the Heart of Dixie.

Taking direct aim at the libidos of countless Alabamians, a state House committee just approved a bill that would add a 40 percent excise tax to the sale, rental, or admission charges of any pornographic material or sexually oriented items—that’s in addition to any other already-existing levies. As local CBS affiliate WKRG reports, State Rep. Jack Williams, a Republican from Vestavia Hills, proposed the new tax as part of a package to close the state’s budget gap and keep essential services funded.

In most states, the heavy tax measures on smokes and alcoholic beverages are otherwise known as the “sin tax”—both as a form of government intervention for increased revenue and as negative reinforcement for behaviors that officials deem either deplorable or detrimental to the greater good. Sure, studies link cigarettes to cancer, non-smokers can’t stand the secondhand fumes, and people who drink irresponsibly sometimes endanger their lives or those of others.

In a sense, this porno-phobic variation of the “sin tax” creates distinct financial castes—the so-called straightlaced folks who don’t drink, don’t smoke, and don’t watch porn, and those supposed “selfish hedonists” who light up, drink up, and get off. It’s a framework that’s very much in line with conservative religious values, especially those so publicly and proudly espoused in states such as Alabama—the former legal battleground over a Ten Commandments monument installed outside a public building. Yet religion and morality aren’t absolutes, and not everyone in the state shares the same set of personal beliefs regarding substance use and sexual agency.

In fact, according to the Public Religion Research Institute, as Alabama.com reported, the state’s “religiously unaffiliated” surpassed the percentage of white mainline Protestants, ranking third along the lines of faith beliefs and non-beliefs. Per the American Values Atlas, which included the full results of the study, 14 percent of Alabamians are religiously unaffiliated, only ranking behind white evangelical Protestants (36 percent) and black Protestants (18 percent).

None of this data should surprise anyone, as many humans—regardless of faith, age, or gender—have sexual proclivities, save for some who identify along the asexual spectrum.

None of this data should surprise anyone, as many humans—regardless of faith, age, or gender—have sexual proclivities, save for some who identify along the asexual spectrum. For those who enjoy pornography, it’s not a form of entertainment that need be viewed as inherently “sinful” or without any social good. Over at AlterNet, Liz Langley highlighted the results of a number of studies showing that pornography can indeed help elevate the audience’s awareness of their sexual needs, enhance their sex education, and improve their general quality of life.

Throwing it in the “sin tax” category is more than bad budget politics; it shames viewers for enjoying one of the most simple, yet beautifully complex pleasures of humanity.