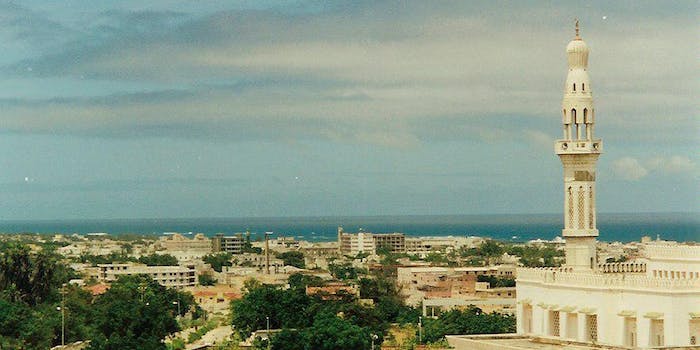 Militant Islamists shut down one of Somalia’s biggest mobile ISPs

Al-Shabaab, a militant jihadist group based in Somalia, has forced the biggest Internet companies in the country to turn off their mobile service because, Al-Shabaab contended, the Internet is used by Western spy agencies to collect information on Muslims, Somaliland Sun reports.

The group, which the U.S. State Department currently has open bounties on, reportedly first became suspicious of Internet service because of Edward Snowden’s leaks on the National Security Agency’s digital spying practice.

The militant Islamist group, whose name means “The Youth,” issued a 15-day ultimatum in January for Hormuud Telecom, a sizeable company headquartered in the Somalian capital of Mogadishu. Militants arrested 16 employees of the firm including the branch manager, Somalia’s RBC Radio reported. Since Feb. 6, thousands of customers have been unable to use their mobile devices online. Broadband is still available.

Mohamed Nur Tarzen, Mogadishu’s mayor, said Hormuud told him they were forced “at gunpoint” to turn off mobile Internet service. There has been no official comment from Hormuud on the switch off. The government has been widely criticized for its inaction, the Inter Press Service (IPS) reports.

Al-Shaabab took action when Hormuud Telecom refused to pay a $50,000 fee as “money for jihad,” All Africa reports.

“I dont think we had another alternative,” an anonymous Hormuud official told IPS. “We are just business people and cannot confront an armed group orders. We tried our best to convince them [Al-Shabaab] that our services do not harm the public in any way, but that was in vain.”

“Al-Shabaab has not hidden the fact that their move was prompted by the Snowden revelations,” Mohamed Yusuf, an academic in Mogadishu, told the IPS, “and that they feared they could also be a key target for U.S. government spying.”

Somali citizens told the IPS that their main source of information for school and news has now been cut off.