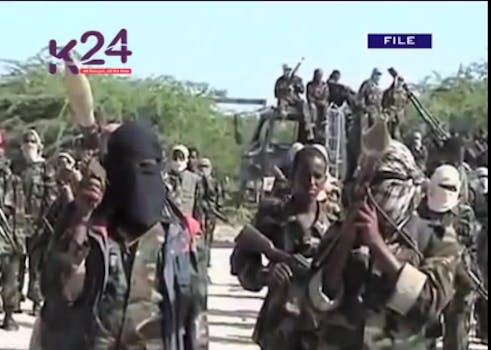 After threatening the lives of two Kenyan captives in public tweets, the Al Qaeda–affiliated group Al Shabaab was finally kicked off the network.

For over a year, the Somali militant group Al Shabaab has maintained a Twitter account, which it’s used to parade hostages and threaten murder. Now, after threatening the lives of two Kenyan captives in public tweets, the Al Qaeda–affiliated group was finally kicked off the network.

The move comes about a week after Al Shabaab used its account to threaten the life of a French soldier. A few days after the threat, it posted a gruesome photograph of his body. That image spurned dozens of Twitter users to take action and report the group for violating Twitter’s terms of service, which bans “direct, specific threats of violence against others.”

According to Al Shabaab, it was banned because of “Christian” enemies, and not some Twitter employee in San Francisco who finally woke up to the fact that the terrorist group was violating TOS.

“The enemies have shut down our Twitter account,” an Al Shabaab spokesman told Reuters. “They shut it down because our account overpowered all the Christians’ mass media and they could not tolerate the grief and the failure of the Christians we always displayed (online).”

The New York Times reported in 2011 that the U.S. government was seeking legal options against Twitter to shut down the account, though it appeared nothing materialized from those threats. Particularly concerning to American officials was the group’s tendency to tweet in English, a clear sign its propaganda was directed for a foreign audience. The times reported:

Officials across the American government, from the State Department to local law enforcement, have said one of the top terrorism threats to the United States is the potential for American militants to travel to Somalia to fight with the Shabab and then return home to wreak havoc.

Twitter has long been the favorite destination online for self-promotion, whether it’s from social media snake-oil salesman, or major brands, or politicians across the world. Its use a tool for war propaganda is a somewhat new development, however. The Israeli Defence Force inspired a major backlash last November after threatening the lives of top Hamas officials in a Tweet, shortly before it killed the group’s top military leader in a missile strike. That account, with its more than 200,000 followers, is still tweeting.