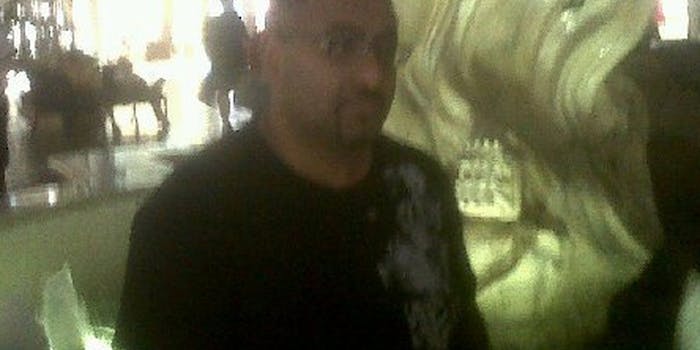 A Calif. man named Akbar Baraki was arrested after writing "more kids must be killed" on his Facebook wall.

A Southern California man was arrested Thursday after Homeland Security officials got a tip that he had been posting threats about killing children on Facebook.

Akbar Baraki, 37, has filled his Facebook profile with bizarre, rambling, and often misspelled notes, including one that referenced the Newtown, Conn. massacre that left 26 people dead last month. Baraki was arrested at his home in Porter Ranch, Calif. by Los Angeles Police Department cops.

“Newtown is just the begging of the attacks …… more kids must be killed if anyone watched the bin laden movie will be shot at site…. this is a final warring to all Americans,” wrote Baraki on his public profile page Tuesday.

His Facebook wall is filled with peculiar conspiracy theories, including one claiming that Al Qaeda leader Osama bin Laden is “alive and living well in Pakistan.” The posting made LAPD officials especially concerned, since Baraki lives near an elementary school.

Although the guns aren’t illegal, Baraki having them is against his probation from a previous drug charge. His probation period made it unnecessary for the LAPD to obtain a search warrant.

Baraki’s father told KCBS-TV that he had the guns to protect his house from rodents and added this his son is “not normal” but wouldn’t hurt anyone. Baraki remains in a Van Nuys jail without bail. Police do not expect him to be charged with making threats because a crime has not been committed.

“We are required by law to not file charges unless a crime exists,” said Gina Satriano, a supervising prosecutor in Los Angeles, to the newspaper. She explained the law requires “an identifiable victim who has to be placed in fear.”