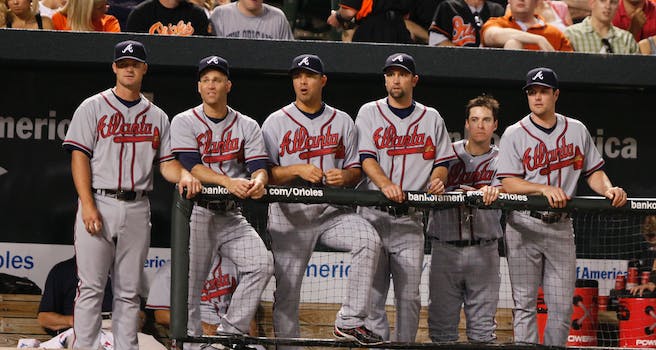 The heck with baseball’s winter meetings, the best place to get insider tips during hot stove season is the local ham store.

At least that’s where the dad of As Cities Burn drummer Aaron Lunsford learned that the Atlanta Braves were going to announce the free-agent signing of veteran catcher, A.J. Pierzynski. Seems Lunsford’s dad was the only one in the Honeybaked Ham store that recognized Braves’ manager Fredi Gonzalez, so the two struck up a conversation about baseball. After discussing the team’s recent signing of reliever Jason Grilli, Gonzalez mentioned the Braves were about to sign the free agent catcher.

The story went viral when Lunsford’s dad texted his son (whose Twitter handle is @Darrenstains) with the news which then hit the Twitter wire with the speed of an Aroldis Chapman’s fastball.

Twitter has enjoyed a spike in comments related to Pierzynski, known around baseball circles, as one of the bigger jerks in the game. Pierzynski has played for seven teams in his 16-year career, and has developed a reputation for being a loner in the clubhouse and owner of a hair-trigger temper resulting in many ejections and on-field skirmishes. Comments related to the newest member of the Braves touched every sentiment.

Ha. No worries, just put away breakables. RT @FJavier083: @DOBrienAJC @gondeee Pierzynski and CJohnson together in the dugout is a bad idea.

Not to mention the fact he is one of the slowest players in the game.

Got a big boy Accusplit so I can clock A.J. Pierzynski's home-to-first time in fashion this coming season.

And let’s not forget Pierzynski’s off-the-field demeanor needs some work. He recently was fired from his job as a restaurant manager in Long Island.

Makes baseball fans wonder where the announcement of Pierzynski’s predictable release next summer will happen?