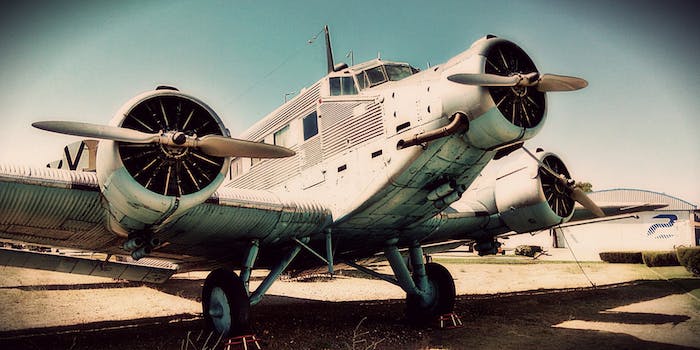 Will the airline industry’s summer of terror become the new normal?

It's official—flying is the worst.

The summer of 2014 has so far shaped up to be one of multitudinous plane disasters. Starting back in March, there was the yet unsolved disappearance of Malaysia Flight 370, the infamous vanishing plane that captured the world’s attention and dominated CNN and other media outlets for over a month. However, the past month has been seemingly unending timeline of airline tragedies.

July 17: Malaysia Airlines was again hit with disaster when a passenger liner was shot down by, as most sources point to, armed pro-Russian separatists in Eastern Ukraine.

July 23: a TransAsia crashes while attempting to land in Taiwan, thought to be brought down by bad weather, killing 47 and injuring 11.

July 24: Air Algérie flight bound for Algiers crashed, cause still unknown, killing all 110 passengers and six crew on board.

July 30: A number of small aircraft crashes, including a crash landing on a Florida beach where a man and his nine year old daughter were hit by the aircraft, the pilot and his passenger walking away with only minor scratches.

For airline passengers, that next business trip or vacation down to the Caribbean might not seem like such an easy flight away. After all the crashes of the recent weeks and months, you’d be a little crazy not to be at least slightly worried. According to the National Institute of Mental Health, at least 6.5 percent of our population, around 20 million people have a fear of flying. And that doesn’t count the probable millions of other people who have lower levels of general flying anxiety.

Sure, analysts and experts love to throw out their beloved “cure all” statistic: flying is still safer than driving. Do you still really want to quote that to all the families who have lost loved ones in the recent crashes though? In a Yahoo Travel article discussing easing anxiety over flying, Laura Begley Bloom nails the recent environment of fear that has encased the airline industry. “There is a reason people fear flying,” Bloom writes. “Every time you look at the new another one of those damned planes has crashed… Design a system where the people can get out of those deathtraps if it all goes to hell.”

Perhaps most telling though is that Malaysia Airlines workers’ morale has reached an all-time low. Many crew members have developed a fear of flying and are now seeking psychological help after the two disastrous Malaysia flights of late.

But flying is a necessary evil. People have places to go, places that happen to be halfway around the world or across the country when it just isn’t feasible, logical, or practical to travel by train or car. And for the majority of us who don’t have gobs of money to shell out on first-class, flying coach is at best a time to catch up on podcasts while trying to ignore the sweaty, smelly man to your right and the screaming toddler incessantly kicking the back of your chair. At worst, it’s a time that you consider opening the emergency exit door mid-flight and flinging yourself off the plane at 36,000 feet up in the air.

Shall we talk about all the other awful aspects of flying that we’re forced to deal with? Awful customer service? In-flight service? Baggage handling? Bringing back some delicate tchotchkes for the family? Maybe rethink packing them in your checked luggage, as @derrellbullock recorded an American Airlines baggage handler playing what he called “baseball” with the luggage coming off the plane.

Southwest Airlines’ biggest flaw seems to be a knack for consistently late flights. Amongst a myriad of complaints about the delays and late arrivals, Maria Elena Tee (@mariaet83) tweeted her grievances with the airline’s service.

But perhaps the most disgusting complaints have come from AirTran passengers, highlighting what I hope are benign food stains and not the remnants of baby projectile vomit. Or worse.

I sit down in biz class. flight att says my gross armrest will get cleaned later 2nite #airtran #southwestairlines pic.twitter.com/2l0eWxzeel

As if the terrifying crashes of late aren’t enough to instill fear into the heart of flyers, it doesn’t help that airliners of late are concerned only with cutting corners and making profits—all at the expense and emotional well-being of passengers. The recent American World Airline Rewards made headlines when—among awards for various airline sectors—not one American airline broke the top ten for economy (or as I prefer to call it, it cattle) seating. In fact, they didn’t even rank in the top ten for first class, business class, or premium economy seating class.

Back in 2013, when American Airlines was slogging through their bankruptcy filing and merger with U.S. Airways, there was a total overhaul of seating patterns and space on their most common aircraft, the 777. Before 2013, business class seating in a 777 consisted of nine chairs per row. And remember: the offered space of those seats and the offered legroom was scant enough to begin with. The reconfigured seating arrangement, the one you fly today, has ten chairs per row—smaller seats, even less leg room, and less reclining ability.

So not only are we being crammed into even tinier seats, as our collective waistbands are growing as one of the most obese nations, but we’re paying higher ticket prices to often deal with unsavory sanitary conditions and often over-worked, tired, and cranky air stewards.

Case in point: an infamously shitty flight from Amsterdam to Newark. A pitstop was in Dublin was in order when—after takeoff—the bathrooms started to malfunction. The pitstop that then turned into an overnight stay wasn’t of much help when—after takeoff again—the passengers also noticed that the toilets weren’t quote right as a literal river of shit started flowing down the main aisle. Passenger Colin Brock detailed the horrid flight. “I’ve never felt so offended in all my life,” he said. “I felt like I had been physically abused and neglected. I was forced to sit next to human excrement for seven hours.”

These anecdotes, while pretty terrible for the people who had to experience them but humorous for us readers, are indicative of too high a number of awful in-flight experiences, ones that sadly seem to be the norm for flying today.  Airlines should be catering to us, their profit-makers, competing with each other to make us want to spend our money to fly their carriers, especially with the climate of fear surrounding flying this summer.

With the continuing crashes and constant grievances against airline companies, though, I think I’ll stick with the comfort of my beat-up but trusty Honda Civic for now.

Ashlyn Keefe has a serious ice cream disorder that can cause death when ice cream is not consumed at least bi-weekly. In the meantime, she enjoys pretending to be a real writer and delights in spending time with her equine buddies.