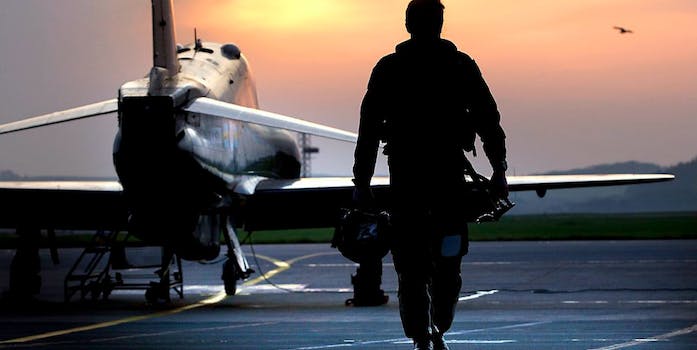 This certainly is no party in the USA.

Turns out that listening to Miley Cyrus—then repeating her lyrics in text message—is terrible for your military career.

That, it seems, is the lesson we should take from this Air Force Times report that the careers of three Air Force instruction pilots at Laughlin Air Force Base are in jeopardy after investigators discovered the word “Molly” in text messages on their personal cell phones.

The newspaper explained that the Air Force believes those texts to be unprofessional references to drugs and thus sent the pilots letters of reprimand and stripped them of their wings. But the pilots have appealed that decision, saying that they were quoting the lyrics to the Miley Cyrus song “We Can’t Stop.”

The Times further reported that all the pilots, including a fourth who was exonerated in the matter, passed drug tests, and that there has been no evidence that the pilots used illegal substances.

Two Congressmen—Rep. Duncan Hunter of California and Rep. Adam Kinzinger of Illinois, both of whom are Republicans and former military personnel—asked Chief of Staff Gen. Mark Welsh to investigate the punishment. They co-wrote a letter in which they said the pilots were punished because “song lyrics, movie lines, and other obvious cultural references … have been painfully misunderstood by investigators.”

More from the Air Force Times:

During an unrelated investigation into whether a pilot was having an inappropriate relationship with a student, investigators found text messages that led them to suspect four other pilots had used drugs.

Sources close to the investigation said one of the four pilots investigated was ordered by his commanding officer to turn over his personal cellphone after [Air Force Office of Special Investigations] agents initially told him they had a verbal warrant to search his phone and he pushed back. He later learned that the warrant for his phone was signed the day after his phone was seized.

The lyrics the pilots apparently referenced are as follows:

So la da di da di, we like to party
Dancing with Molly
Doing whatever we want
This is our house
This is our rules

But there also has been confusion about whether Cyrus sings “Molly” or “Miley” in the song.

According to the Daily Beast, the pilots were discussing a weekend they’d spent in Las Vegas, and “Molly” became shorthand for the wild bro-weekend … which one of the accused later swore was drug-free. It also became a kind of inside joke to make fun of a group of girls the men ran into who they thought were high on drugs.”

As the two Congressmen wrote to Welsh, “At this time it is our firm belief that the Air Force had no grounds to proceed with the charges against the pilots involved. The Air Force may not like showboating of any kind, even among its pilots, but to think that could be considered criminal, especially in the absence of evidence that a crime occurred, severely undermines the integrity of the Air Force’s investigation process.”