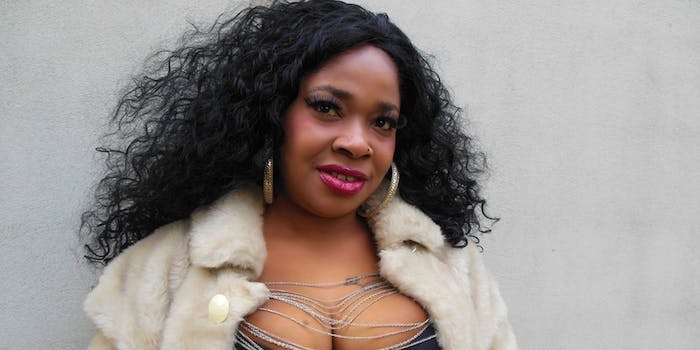 Last week the actress announced that she was launching her own XXX-rated social networking service, AfroCandy’s Network (the signup page is safe for work, the member’s page is decidedly not).

Like Facebook, AfroCandy’s Network allows users to set up a profile, post photos of themselves, and exchange messages with their friends (it also includes a section for aspiring actors and actresses to apply to work for AfroCandy’s production company). Unlike Facebook, however, the vast majority of user photos on AfroCandy’s Network are dick pics, a few of which the actress has tweeted (NSFW) to promote the site.

Though this is AfroCandy’s first outing as a social media mogul, the New Jersey–based actress has courted controversy for years. Once referred to as “the Nigerian Lady Gaga,” AfroCandy (nee Judith Mazagwu) started her career in Nollywood (Nigerian Hollywood) movies in 2003. She then became a pop singer before transitioning into adult movies, which scandalized conservative Nigerian society.

H/T 360 NOBS I Photo via Facebook/AfroCandy