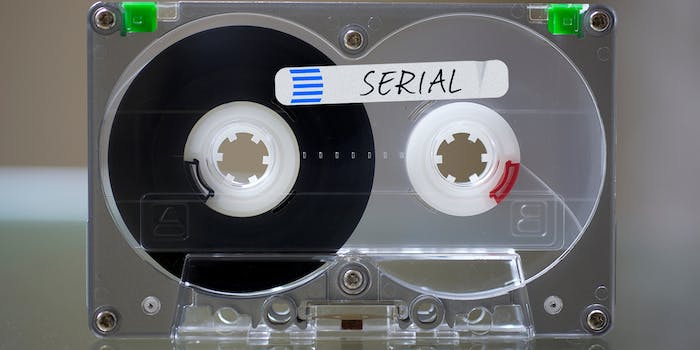 Could a new affidavit save Adnan Syed from life in prison?

This morning an exclusive op-ed piece for the New York Observer, Rabia Chaudry, advocate for Adnan Syed, outlined one of the looming mysteries in the Serial case.

The state’s case against Syed maintained that Hae Min Lee was murdered before 2:36pm, but fellow Woodlawn High student Asia McClain had written letters to Syed saying she’d seen him in the library at that time. Although the letters were presented to Syed’s lawyer, they were never used in the case until a post-conviction hearing, where prosecutor Kevin Urick argued that the letters had been written under pressure from Syed’s family.

Armed with a fresh new affidavit from McClain, Chaudry asks a pointed question:

If an ordinary citizen prevents a witness from testifying at trial, they may be charged with both obstruction of justice and witness tampering. What if a prosecutor does it?

Indeed, McClain’s affidavit refutes Urick’s claims that the letters were coerced and reasserts, with certainty, that she saw Syed in the library on the afternoon in question.

While Chaudry offers her exclusive take on the affidavit to the New York Observer, The Blaze has released a more in-depth account of McClain’s reasoning on when to be involved (or not) with the proceedings in Syed’s case. According to McClain, Urick’s account of what happened is absolutely false.

McClain resolutely states that she simply wanted to tell the truth, and further explains that listening to the Serial podcast made her realize the picture the prosecution had painted for her—that Syed was convicted using strong, irrefutable evidence—was largely inaccurate.

“I was under the impression that there was a tremendous amount of evidence that convicted Adnan and that for whatever reason, his team was reaching out to me as a Hail Mary, so to speak,” McClain told The Blaze in an interview. “I really didn’t realize how, I guess you could say how weak the state’s case was, the information, the evidence that they had and the testimony that they had.”

The affidavit is being used in a new petition in Syed’s case. Syed has been imprisoned for 15 years and is currently serving a life sentence.