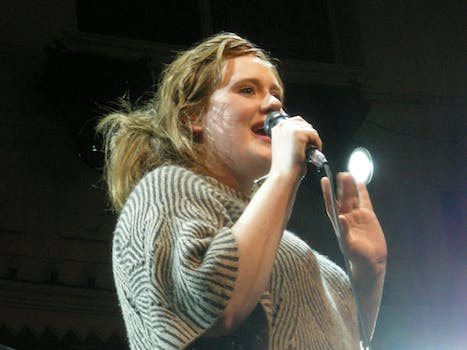 When pop singer Adele gave birth to her baby boy on Oct. 19, some Twitter users welcomed him into the world with insulting and mean-spirited tweets.

A tweet that read “Aw Adele gave birth to a baby. Is it fat and handicapped lol? Just murder it already lol” attracted much attention. Many users fired back at the author of the tweet, @PerfFemale, with one user even creating an account titled WE HATE @PerfFemale. Shortly after making the tweet, @PerfFemale was deleted.

A similar account, @Perfemale (warning: NSFW), was created on Oct. 21 and appeared to be basking in the attention the tweet had received. It also posted a number of insulting tweets aimed at the Adele and her baby.

Although @PerfFemale caused a stir amongst Adele’s fans, it wasn’t the only Twitter account making jokes at the singer’s expense.

“I really hope Adele’s baby is born dead. Can you imagine the record?” tweeted Pablo Arazia.

“Adele has had a baby. Never knew she was pregnant, just thought she was fat..” @wonitood_ wrote.

Even celebrities poked fun at Adele.

Fans of the singer and opponents of cyberbullying fought back.

“The stuff being said about Adele is disgusting, the fat jokes and the wishing death upon her baby. It’s not funny it’s sickening,” tweeted @mileysrobot.

“I’d love to meet half these twitter trolls in real life and slap them. Wanting Adele’s baby dead is just sick and disturbing,” tweeted @LJ_Barca.

Adele herself has not commented on the vitriol. In fact, the 24-year-old singer has yet to confirm that she’s given birth. There is no announcement on Adele’s official website, and her spokesman told Reuters “no comment” when asked about the baby.