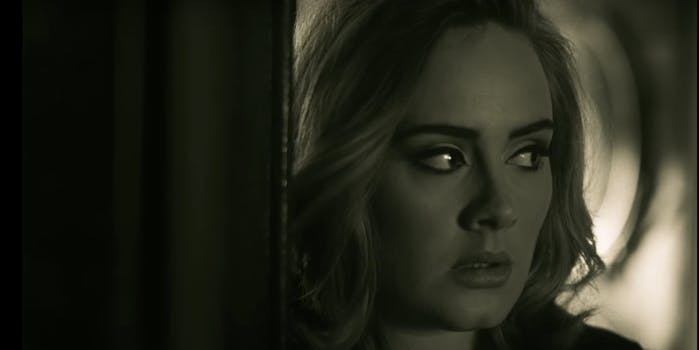 Student rewrites Adele’s ‘Hello’ to explain the struggle of finals

It’s no surprise that college students will find themselves busy with anything to procrastinate on studying for final exams. And while we hope that they’ll eventually buckle down and crack open the books, we’re totally glad one student found a clever use for Adele‘s hit “Hello.”

The UC Riverside student posted an ingenious remix of the sultry song, swapping out Adele’s words for school-related lyrics about going to the library. The joke was posted to Yik Yak:

While it looks like the post was already a hit at the student’s own college campus, the post has amassed over 58,000 likes and over 13,000 shares on Facebook. We’re guessing that students all over are feeling similarly about the struggle.