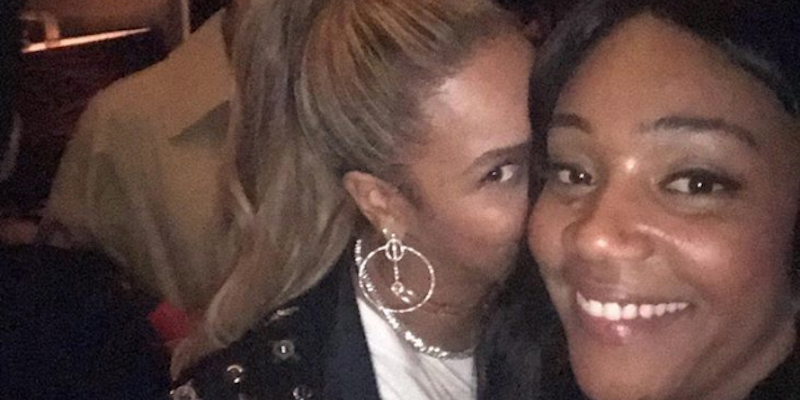 The internet demands to know who bit Beyoncé

Everyone wants to know who bit Beyoncé. Wait, what?

According to actress and comedian Tiffany Haddish, who was recently profiled in GQ by Caity Weaver, another actress bit Beyoncé in the face at a party in December. Haddish declined to name the actress, and Beyoncé’s rep couldn’t confirm the incident to the magazine. But the internet really wants to know who did it.

This is me trying to figure out which actress bit Beyoncè face pic.twitter.com/jPe0MihJVi

There’s even a hashtag: #whobitBeyoncé:

According to the story that Haddish told GQ, Beyoncé was not happy after the face-biting incident:

“So Beyoncé stormed away,” Haddish says, “went up to Jay-Z, and was like, ‘Jay! Come here! This bitch—’ and snatched him. They went to the back of the room. I was like, ‘What just happened?’ And Beyoncé’s friend walked up and was like, ‘Can you believe this bitch just bit Beyoncé?’”

This all apparently happened right before Haddish got that selfie with Beyoncé. Haddish also told GQ that Beyoncé told her that the biter was “on drugs” at the time:

So that narrows it down… somewhat?