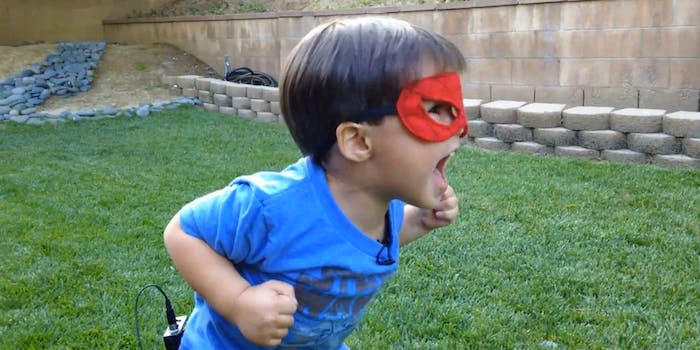 This DreamWorks animator has the best home movies

We wish our home movies were this cool.

We wish our home videos were this cool.

DreamWorks animator Daniel Hashimoto has been filming his son James in action for some time now. But instead of going the typical “kids do and say the darndest things” route, he has been making the wildest parts of his son’s imagination come to life.

By adding a series of visual effects, Hashimoto has turned the floor into lava, launched a rocket, and even entered the Matrix for James. The 3-year-old even caught a bunch of Good Morning America anchors in a web.

But for those who don’t have the patience to watch every bite-size video can breathe a little easier. Hashimoto released a compilation video so you can watch all of the action-packed goodness in one place.

Could he play a superhero when he’s older? It’s entirely possible.