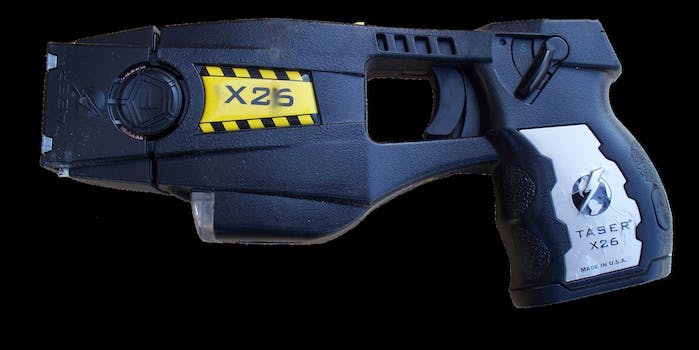 Watch and laugh as this kid accidentally tases himself

When playing with your Taser, don’t try to electrocute something that will conduct electricity directly into your own body. Better yet, just don’t play with a Taser.

This guy learned his lesson the hard way while testing his new Taser on camera. The Taser worked fine on a Coke can, but when he decided to electrocute a metal bracelet that he was holding in his other hand, the obvious happened: He got a shock. Really, though, was this result at all shocking?

Yep, this is our new definitive video for the old adage, “Kids, don’t try this at home.”

Photo via junglecat/Wikimedia (CC BY SA 3.0)